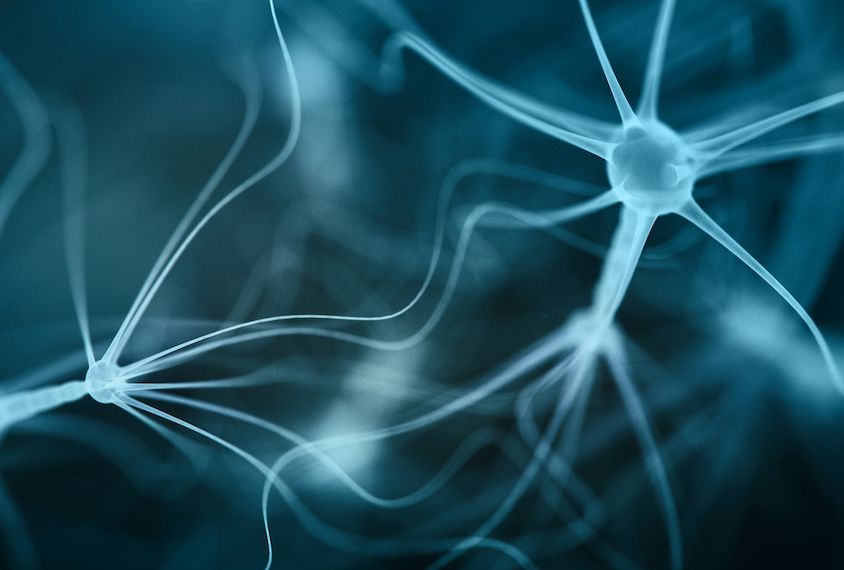 Light sensitivity: A technique dubbed optogenetics makes use of neurons engineered to fire when exposed to blue light and can be used to study long-range connections.

Neurons lacking PTEN, an autism-associated gene also involved in cancer, are hyperconnected to both near and distant brain cells, according to a study published 1 February in The Journal of Neuroscience1.

The results support the theory that an imbalance in the strength of neuronal connections may underlie autism.

A number of magnetic resonance imaging studies published in the past few years suggest that the brains of individuals with autism have stronger local and weaker long-range connections compared with controls. In addition, a 2010 study shows that a common variant in the autism-associated language gene CNTNAP2 may also enhance short range and disrupt long-range brain connections.

However, another study, published last year, shows enhanced connectivity of both local and long-range connections between the insula and the superior temporal gyrus, deep brain regions involved in empathy and language. In the new study, researchers engineered mice lacking PTEN in some of the neurons in the left auditory cortex, a brain region that forms connections with other sensory regions and with the brainstem.

Studies have associated mutations in PTEN, which regulates neuronal growth and migration, with autism.

In brain slices from the mouse cortex, the researchers used a technique that allows them to activate excitatory signaling in neurons with ultraviolet light while recording activity in nearby PTEN mutant and control neurons. PTEN-deficient neurons respond to excitatory signals from more neurons originating in other layers of the auditory cortex than do control neurons, suggesting enhanced local connectivity, the study found.

To investigate whether long-term connections are similarly enhanced, the researchers used an optogenetics technique, in which neurons expressing a light-sensitive channelrhodopsin-2 molecule (ChR2) can be induced to fire when exposed to blue light. These signals are still active even when the long projections of neurons are severed from their cell body, making it ideal for investigating long-range connections in brain slices, the researchers say.

PTEN-deficient neurons also have more dendritic spines, the signal-receiving branches of neurons, and a stronger electrical potential than do control neurons, the study found. These defects are reversed when neurons are bathed in rapamycin, an inhibitor of the mTOR signaling pathway, which is also blocked by PTEN.

Rapamycin also improves memory deficits in mice lacking DISC1, a schizophrenia-associated gene that has also been linked to autism.