Molecular master may stifle assembly of many autism proteins 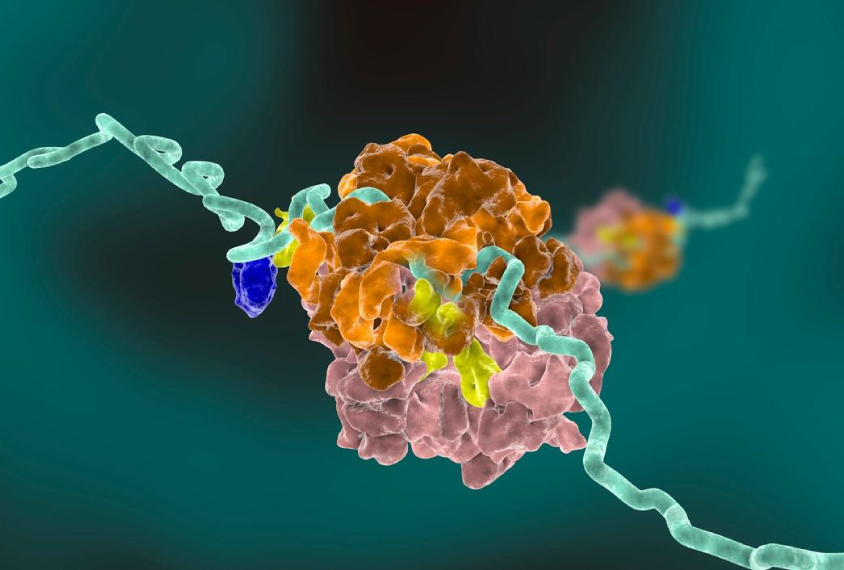 Quality control: Molecules that regulate protein production from RNA may play a key role in autism.

The protein CPEB4 may serve as a ‘master regulator’ of many of the hundreds of genes linked to autism, according to a new study.

Autism typically stems from alterations to groups of these genes. The new work shows that CPEB4 controls protein production from many of the genes and that an altered version of it is unusually abundant in the brains of people with autism1.

“It is really appealing as a candidate to be orchestrating the wrong expression of many of the autism risk genes,” says lead investigator José Lucas, research professor at the Centro de Biología Molecular Severo Ochoa in Madrid, Spain.

Specifically, CPEB4 controls when and where messenger RNA (mRNA) — the intermediary between gene and protein — is translated into protein. It shortens a ‘tail’ of molecules on the end of certain mRNAs, hampering their translation into protein.

Translation is an often ignored step in gene expression that is emerging as an important player in autism, experts say.

“This is just part of what I think is going to be a barrage of different kinds of studies that is going to really begin to make it crystal clear that understanding gene regulation at the protein level is critical,” says Daniel Geschwind, distinguished professor of neurology, psychiatry and human genetics at the University of California, Los Angeles.

How translation is controlled is less well understood than the transcription of genes into mRNA, says Debra Silver, associate professor of molecular genetics at Duke University in Durham, who was not involved in the study.

“It is exciting that they are essentially identifying what may be considered a master regulator at the post-transcriptional level” that could be associated with autism, Silver says.

Lucas and his colleagues did not set out to find an autism gene. They started by studying the role of CPEB4 in a mouse model of Huntington’s disease, an inherited degenerative brain condition. They were aiming to identify the specific mRNAs that CPEB4 shortens in the model.

In the process, they noted that CPEB4 shortens the mRNA tails of many top autism genes.

Lucas turned to Geschwind and his team, who have access to postmortem brains from people with autism. The team looked at CPEB4 in 43 autism brains, comparing them with 60 control brains.

Autism brains have more of a certain form of CPEB4 than control brains do, the team found. They are more likely than control brains to have mRNAs from autism risk genes with shortened tails. And they have diminished levels of several proteins linked to autism, such as PTEN, DYRK1A and FOXP1, even when the corresponding mRNA levels are the same as in controls. The findings appeared 15 August in Nature.

Researchers often use mRNA levels as a proxy for protein levels, but the new study suggests that they may miss key differences in autism when they do so.

CPEB4 may represent just one example of differences in RNA processing in autism, says Gene Yeo, professor of cellular and molecular medicine at the University of California, San Diego, who was not involved in the study.

“The take-home is that RNA processing in general is just somehow messed up in autism and neurological diseases,” he says. “We have to start applying a battery of available and new technologies to assay different aspects of how RNA is regulated.”

To assess CPEB4’s effect on behavior, Lucas and his team engineered a mouse in which they can boost levels of the variant with a drug.

Mice treated with the drug show behaviors reminiscent of the social difficulties and repetitive behaviors seen in autism: They are less interested in other mice than controls are and run repeatedly around the perimeter of their cages. They are also less likely to vocalize than controls are.

The mice show these changes only if they receive the drug before 3 weeks of age, suggesting that CPEB4’s role is crucial during development.

It is unclear why people with autism have more of the CPEB4 variant than controls do, says Lucas. An early environmental trigger might be at play: Prenatal infection with cytomegalovirus alters levels of CPEB proteins, for example2. Studies have also linked autism to changes in how mRNA is spliced, which may lead to more of the variant.

To solidify the link to autism, the researchers are trying to confirm that CPEB4 is modified early in development in autistic people.