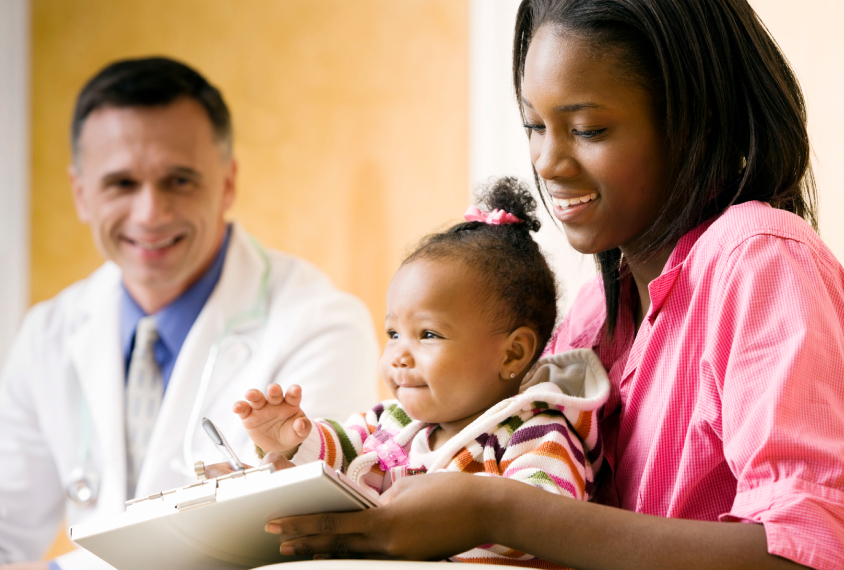 Fringe benefits: Children who participate in research tend to receive therapy earlier than others with the condition.

Children with autism who participate in research beginning in infancy have less severe autism features than other children with the condition.

The findings suggest that clinicians’ involvement in the lives of children with autism as they grow may alter the course of their development. Researchers presented the unpublished results today at the 2018 International Society for Autism Research annual meeting in Rotterdam, the Netherlands.

Shifts in parent behavior might explain the results, says Megan Micheletti, who presented the findings. Micheletti is a research fellow in the labs of Ami Klin and Warren Jones at the Marcus Autism Center in Atlanta, Georgia. “Being in a center that can support you and provide advice and help you make decisions — think about how impactful that might be,” she says.

The results come from an analysis of 47 ‘baby sibs’ — the younger siblings of children with autism. These babies have about 20 times the autism risk of the general population. All of the baby sibs included in the study received an autism diagnosis when they were 2 to 3 years old.

Micheletti and her colleagues started tracking 25 of these children when they were about 2 months old. Parents brought the children to the center for evaluations once a month for the first six months of their lives and every three months for the next year and a half.

When the children were 2 to 3 years old, the researchers calculated a ‘calibrated severity score’ for each child. This metric reflects the severity of a child’s autism features. They also measured the children’s cognitive and motor abilities, and their language skills.

The researchers compared these children with a group of 22 baby sibs who had been referred to the research center for an autism evaluation at age 2 to 3 years.

The children who were followed from infancy have lower autism severity and higher verbal skills and cognitive abilities than those who were referred for autism, the researchers found. They are also more likely to have received behavioral therapies for autism. The researchers arrived at these findings after controlling for the children’s sex, race, the number of their older siblings with autism, birth complications and gestational age, as well as their mothers’ age, education, number of pregnancy complications and history of infertility.

The children followed from birth started their therapies at around 14 months of age, about four months earlier, on average, than the other group. But this explains only about 24 percent of their lower autism severity, the researchers estimate.

“What I think is fascinating is teasing apart the finding of decreased autism severity,” says Rebecca Jones, assistant professor of neuroscience in psychiatry at Weill Cornell Medicine in New York, who was not involved in the study.

The new findings are reminiscent of those Jones and her colleagues reported last year. They found that parents’ perceptions of their child’s difficulties gradually shift, simply from participating in research studies.

Jones says it’s possible that the parents of babies followed by researchers may interact differently with their children. Alternatively, clinicians may rate children they are following differently than the children referred to them.

To determine the cause, she says, researchers will need to study more children and collect data on the behavior of their parents and clinicians.