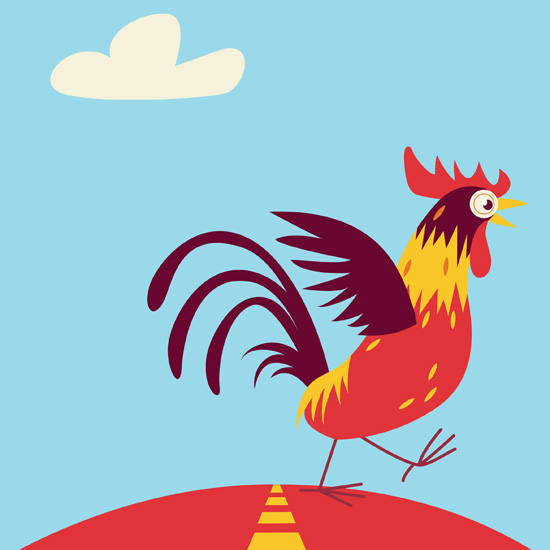 Funny business: Charting how the brain responds to humor may help understand some of the neurological deficits in people with autism.

Why did the rooster cross the road? To prove he wasn’t a chicken.

Humor, even in the form of silly jokes like the one above, is known to be critical for social and cognitive development. Telling jokes allows children to connect with others, refine their language skills and develop keen imaginations.

Because these are precisely the skills lacking in people with autism, studying humor in children with the disorder may give insights into their abnormal brain circuitry and even lead to therapies, according to a review published in June in the Journal of Child Neurology1.

However, few studies have explored this topic in autism, and those that have, have primarily documented how children with developmental disorders laugh and smile in response to jokes or humorous situations. Some researchers hypothesize that because autism stems from impaired connections between neurons, charting how the brain processes and responds to humor may uncover some of the neurological deficits in people with autism.

In 2007, Margaret Semrud-Clikeman and colleagues launched the first brain imaging study of how children with autism process humor. In the study, the researchers are mapping which regions of the brain signal to one another as 60 children between the ages of 9 and 16 with high-functioning autism listen to jokes. The researchers plan to see how the children respond to jokes and determine how these connections change over time. They aim to complete data analysis this fall.

The researchers are also investigating whether teaching children how to identify emotions and start friendly conversations improves their understanding of humor. “We believe that we can train children with autism to develop the connections they’re missing,” says Semrud-Clikeman, professor of psychology at Michigan State University.

Children between 18 months and 3 years like making others laugh by teasing and clowning, or with physical humor. As their language skills develop, around age 3, they also begin to understand puns and riddles. Soon after, they learn more complex verbal humor, which requires understanding context, multiple word meanings, contradictions, metaphors and ambiguity.

Children with autism — who often lack empathy and have trouble reading social cues — develop a more limited sense of humor.

A 2001 functional magnetic resonance imaging study of healthy adults offers some clues about this disconnect with humor3. Researchers scanned 14 healthy participants while they listened to 60 jokes, varying from semantic ones (‘What do engineers use for birth control? Their personalities’) to puns (‘Why did the golfer wear two sets of pants? He got a hole in one’). Participants then rated how funny each joke was.

It turns out that healthy people use the brain’s left hemisphere when listening to a joke, and part of their prefrontal cortex when evaluating how funny it is. These regions, however, are impaired in autism.

“This may explain why children with autism may not laugh at certain jokes even if they understand their meaning,” says lead investigator Vinod Goel, a visiting researcher at the Max Planck Institute for Human Development in Berlin. “These children may not have the neural tools to find certain things funny.”

Other imaging studies have bolstered this idea, showing that the left hemisphere processes language and allows a person to understand the literal meaning of a joke, whereas the right hemisphere — specifically, the right frontal lobe — decodes context and subtle word plays, allowing a person to appreciate why something is funny4.

These imaging studies suggest that humor may not be processed correctly in the autistic brain. One long-standing hypothesis of autism asserts that the disorder stems from impaired long-range neural connections.

“Most of the time children with autism do not know how to use their whole brain,” notes Semrud-Clikeman. “This ability to recruit different parts of the brain quickly is important for making more complex connections and understanding more nuanced humor.”

Semrud-Clikeman says it may be possible to train children with autism to develop the long-range neural connections they may be missing.

Semrud-Clikeman cites a groundbreaking study by Sally Shaywitz, professor of pediatric neurology at Yale University School of Medicine, which showed that when children with dyslexia get intensive language training early on, they can overcome some of their learning deficits. In fact, when Shaywitz and her colleagues compared brain scans of struggling readers before and after the intensive training, they discovered that the children have improved neural connections in the brain areas associated with reading.