Inheritance plays different roles in autism with and without intellectual disability 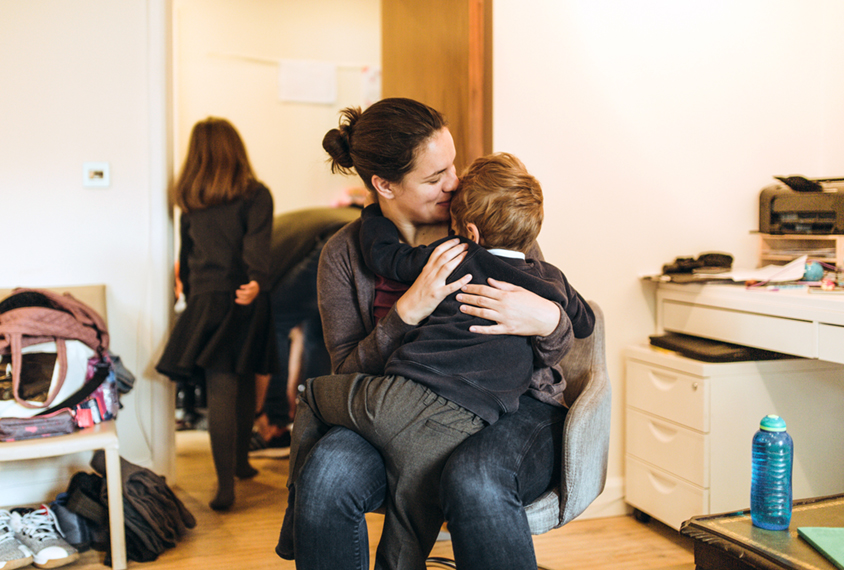 Family ties: People with autism but not intellectual disability are more likely to have autistic relatives than are people with both conditions.

Autism with intellectual disability is less heritable than autism alone, according to a new study of how the conditions run in extended families.

The new work supports that theory with a different line of evidence, says lead investigator Brian Lee, associate professor of epidemiology and biostatistics at Drexel University in Philadelphia, Pennsylvania.

His team examined rates of autism with and without ID in a large population dataset. The work is part of a broader effort to understand whether there are distinct forms of autism and, if so, how their underlying causes may differ.

“I think where this is taking us is the idea that not all autisms are the same,” Lee says.

The researchers tapped the Stockholm Youth Cohort to analyze diagnostic records from 567,436 people born in Sweden from 1984 to 2009; 8,354 have autism alone, and 2,566 have autism with ID. They also checked national registries to find out whether any of the participants’ parents, siblings, aunts, uncles or cousins have an autism diagnosis.

The researchers did not include data on whether the relatives have intellectual disability — in part because the two conditions could have different diagnosis patterns over time, confounding the results, Lee says.

A person with an autistic mother is nearly 20 times as likely as one without to have autism alone, and 11 times as likely to have both autism and ID. The findings were published in October in Autism Research.

The study design is an “innovative” use of “a really rare dataset,” says Tinca J.C. Polderman, associate professor of child and adolescent psychiatry at Amsterdam UMC in the Netherlands, who was not involved in the work.

“This is a very well conducted study, with a powerful sample size,” Polderman says.

It’s important that the study included people with ID, who tend to be “neglected” in many larger studies, says Dorret Boomsma, professor of biological psychology at Vrije University in Amsterdam, who was not involved in the work.

“It’s one of the very positive elements of the paper that they actually pay attention to this group,” she says.

Ultimately, a better understanding of the origins of different forms of autism could improve diagnostic procedures and treatment options, she says. Future work should factor in differences in how many children are born to people with and without ID, and examine whether families that have a child with ID are likely to have fewer children overall, both of which could affect the apparent heritability of the condition.