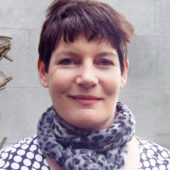 Ginny Russell
Senior research fellow, University of Exeter
Sign up for Spectrum’s newsletters
Thanks for subscribing!
The Expert:

And yet, the researchers tend to generalize the findings across the whole spectrum.

This sort of selection bias has a lasting effect on our understanding of autism. It could also undermine the search for effective therapies for people with the condition.

Earlier this year, for example, researchers reported a link between the severity of social deficits in autism and the volume of brain areas governing memory and emotion. They found the same association in children with attention deficit hyperactivity disorder. They concluded that the two conditions may have a common biological basis.

We need strategies to eliminate the bias against intellectual disability, and to make sure this much-marginalized group of autistic people is included in research.

My colleagues and I did a meta-analysis of 301 studies, totaling more than 100,000 autistic participants, published in 2016 in autism journals with a moderate to high impact factor. The studies ranged from brain imaging and genetics to epidemiology and research on therapies, and they all framed their findings as pertinent to the entire autism spectrum.

Yet our analysis showed that 94 percent of the autistic participants do not have intellectual disability.

Bias against the inclusion of minimally verbal autistic people is even more pronounced. Limited language skills are common among people with autism, although this does not necessarily correlate with their intelligence. Our analysis found that only a shocking 2 percent of the autism samples included nonverbal or minimally verbal participants.

We then tracked down citations of the studies in our sample. More than 90 percent cited results from studies that did not include any participants with intellectual disability as if they pertained to the entire autism spectrum.

However, researchers must grapple with these limitations because the bias has serious implications: In short, what researchers think they know about autism may not be accurate.

For instance, when experts revise autism diagnostic criteria, a bias toward cognitively able participants in the research base could skew the new criteria to identify primarily individuals without intellectual disability. This would alter who is eligible for diagnosis, which also influences the population eligible for research, creating a feedback loop.

Another important consequence of the bias is a paucity of evidence for the efficacy of autism therapies for these individuals. If a service is exclusively tested on people without intellectual disability, it may be hailed as suitable for all autistic people — but may not be. In fact, mounting evidence suggests that traits, etiologies and responses to treatment are not the same for autistic people with and without intellectual disability3.

Some innovative technologies and procedures may help make autism research as inclusive as possible. A new wearable device allows for head movement during a brain scan. And a customizable head mold can help keep a person’s head motionless in a scanner, for example. Some researchers have developed techniques to help to coax children with intellectual disability into a scanner.

More generally, funding agencies could support studies designed to include autistic participants with intellectual disability and those who are minimally verbal. When a study has to exclude these individuals for practical reasons, researchers should justify this exclusion in their grant application. And they should always report in their paper, including in its title, whether the findings pertain to all autistic people or just to those without intellectual disability.

Ginny Russell is senior research fellow in mental health and developmental disorders at the University of Exeter in the United Kingdom.