Highly expressed genes may buffer against autism-linked mutations in girls 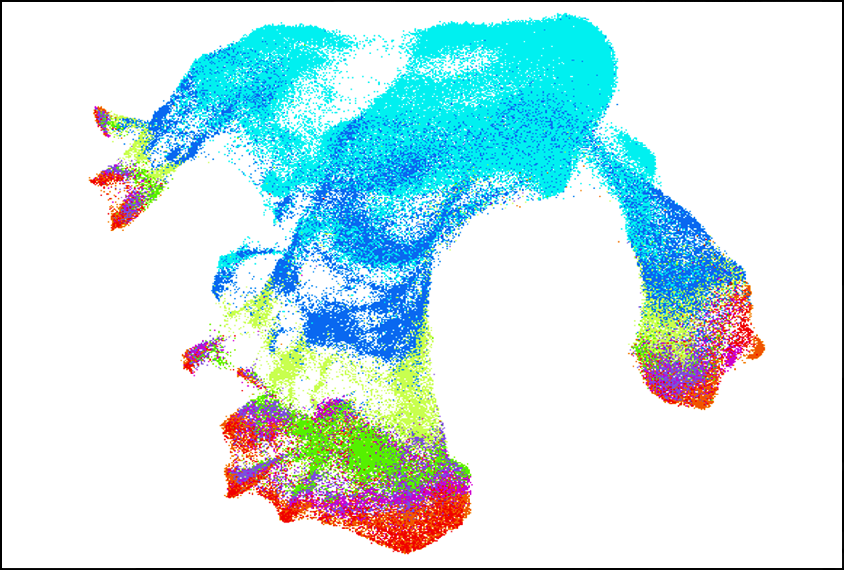 Time spread: An analysis of gene expression in cells across development captures data from prenatal and early postnatal brain tissue.

The expression of autism-linked genes is higher in girls than boys during prenatal development, according to a new preprint that analyzed more than 350,000 single brain cells from pre- and postnatal human tissue. That difference, which was concentrated in two cell types, may help explain why more boys than girls are diagnosed with the condition, the authors say, though not everyone agrees.

The study, which has not yet been peer reviewed, tracked gene expression in 108 samples from 60 people. The team grouped the samples into eight developmental time points, including the third trimester of gestation and the first year of life — time points for which human tissue is enormously difficult to obtain. Each time point contained brain tissue from 4 to16 individuals.

“That’s why we were able to do this sex-specific analysis across development,” says Dmitry Velmeshev, assistant professor of neurobiology at Duke University in Durham, North Carolina, who co-led the work. “Otherwise, we would have gaps and we wouldn’t be able to do it properly.”

The higher expression levels of autism-linked genes in girls during prenatal development might offset the effects of mutations that contribute to the condition’s underlying biology, the researchers suggest.

“The authors propose a very simple, logical explanation for what might be going on,” says Donna Werling, assistant professor of genetics at the University of Wisconsin-Madison, who wasn’t involved in the work. “Elevated expression of these genes may be a buffer against the effects of the mutation.”

However, that logic does not necessarily hold, says Jessica Tollkuhn, associate professor at Cold Spring Harbor Laboratory in New York. “They would need to show that heterozygous mutations in the female-biased genes they have identified lead to [autism] in males but not females,” she says. If the researchers had found the expression of autism genes elevated in boys, “they could also argue” that “males are more vulnerable to mutations in those genes because they normally express more of them.”

The new analysis relied on the team’s recently developed methods to isolate the nuclei of individual cells and sequence the RNA to measure the expression levels of hundreds to thousands of genes per cell. The samples included several types of excitatory neurons, inhibitory neurons, astrocytes, oligodendrocytes and vascular cells drawn from various regions of the cerebral cortex, as well as from regions of the prenatal brain that generate different types of cortical cells.

The researchers also developed computational tools to zero in on how genes in various cell types change their expression levels over development. “We can dissect out really specific gene programs this way,” Velmeshev says.

In one group of cells, consisting of astrocytes as well as excitatory neurons that project to other neurons in the cortex, gene expression fluctuated during prenatal development and after birth, suggesting that these cells continue to mature in postnatal life. In another group of cells, consisting of excitatory neurons that project to other parts of the brain, gene expression levels didn’t change after birth. “It means that there are probably several important time frames” during which genes in the cerebral cortex can act, Velmeshev says. 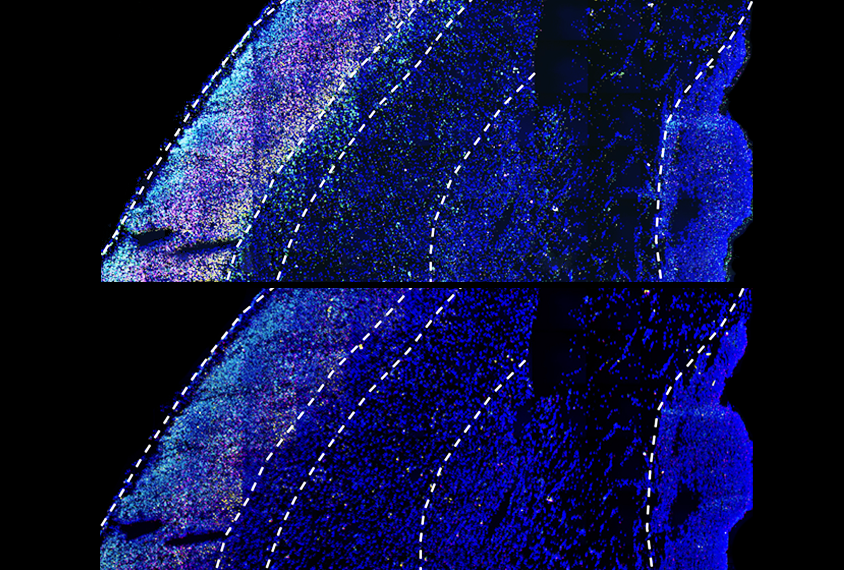 Layer cake: Genes show varying levels of expression in different types of excitatory neurons during the second trimester of pregnancy across the cerebral cortex.

The genes with higher expression in prenatal girls were all involved in aspects of brain development, such as how neurons take on their specific identity and form synapses. “It was a very striking enrichment,” Velmeshev says.

The findings were published on bioRxiv on 25 October.

Previous studies hinted at a sex bias in gene expression, Werling says. But because that work mostly used tissue samples that combined many cells from across the brain, the details were difficult to pin down.

The gene expression difference aligns with the theory of a “female protective effect” in autism. But how exactly it might affect girls’ brains is an open question, she says. For example, the genes with higher expression in girls during gestation may simply be ones that are responsive to estrogen or some other early developmental process.

And the preprint’s sex-bias data does not convince Tollkuhn. “I think this is a really good first step” at assembling and analyzing a developmentally complete dataset, she says. The late prenatal and postnatal periods it includes “are such crucial time points that I think it’s really important to have some data there.”

But the results do not clearly show how abundant the enriched genes are at the different time points, she says. The way the data are presented, with no p-values reflecting statistical significance for individual genes within the different cell types, makes it difficult to tell how robust the sex differences are. “It’s not super quantitative. You’d think they would say, ‘In our third trimester samples it is twofold higher,’ and whatever at each time point, but I don’t see that here.”

Extensive work in mice has not identified sex-based gene expression differences in brain development, and a study in human participants, published in July, argues against a female protective effect, Tollkuhn notes. A mouse study her lab published in May showed that for genes not on sex chromosomes, only neurons that express hormone receptors have strong sex differences in gene expression.

Velmeshev says the revised manuscript, which is undergoing peer review, will include more details relating to the sex differences and pin down the timing of the differences for different cell types. “We are trying to see how early we can see that,” he says.