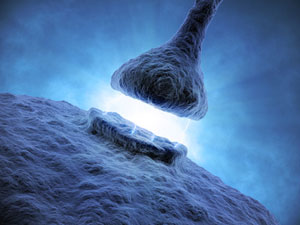 Mopic/Shutterstock.com Mind the gap: The autism-linked SHANK3 protein buttresses the synapse, the junction between neurons.

Mind the gap: The autism-linked SHANK3 protein buttresses the synapse, the junction between neurons.

Mutations in SHANK3, a leading autism risk gene, occur in roughly two percent of individuals with autism spectrum disorders, according to a study published 15 August in the European Journal of Human Genetics1.

SHANK3 encodes a protein that’s crucial for proper functioning of the synapse, the junction between neurons. Mice with glitches in the gene show a range of symptoms reminiscent of autism, including abnormal social interactions and repetitive behaviors.

In the new study, researchers screened 221 individuals with autism spectrum disorders — 133 from South Carolina and 88 from Italy — and 982 controls. They sequenced SHANK3 letter by letter and, in individuals carrying SHANK3 glitches, also screened for large DNA deletions and duplications in the rest of the genome.

They found SHANK3 deletions or mutations that are likely to be harmful in five individuals: three with classic autism, one with pervasive developmental disorder-not otherwise specified (PDD-NOS), a mild form of autism, and one with Asperger syndrome, characterized by normal intelligence and language abilities.

The researchers also screened another group of 104 individuals with autism spectrum disorders. (For this group, the researchers did not have information about autism subtypes.) One of these individuals carries a SHANK3 mutation, the study found. No SHANK3 deletions or mutations cropped up in the controls.

Intriguingly, however, 17 individuals with autism in the first group and 8 in the second (or about eight percent of each group) carry a single-nucleotide variant that causes the loss of a ‘CpG site.’ This term refers to regions of the genome in which a cytosine nucleotide appears next to a guanine, and in which methyl groups are added to DNA. Because DNA methylation is important for turning genes on or off, this variant may affect SHANK3’s expression, the researchers say.

The SHANK3 variant also appears in 14 controls (and is estimated to be present in 3.8 percent of the general population), but is significantly more frequent in individuals with autism, the study found.

What’s more, within the autism group, the variant is significantly more common among individuals with PDD-NOS (17.6 percent) than those with classic autism (3.3 percent). According to the researchers, this is the first example of a robust association between a genetic glitch and an autism subtype.

Because the variant also appears in controls, the researchers speculate that it may lead to “unusual personality traits” in the general population and mild cases of autism. The findings also underscore the usefulness of detailed clinical descriptions, the researchers say.

Editor’s note: Virginia Hughes has co-authored a review on synaptic abnormalities, including in SHANK3, with Morgan Sheng and Huda Zoghbi.