Drug may deliver ‘ecstasy’ of social interactions to autistic people 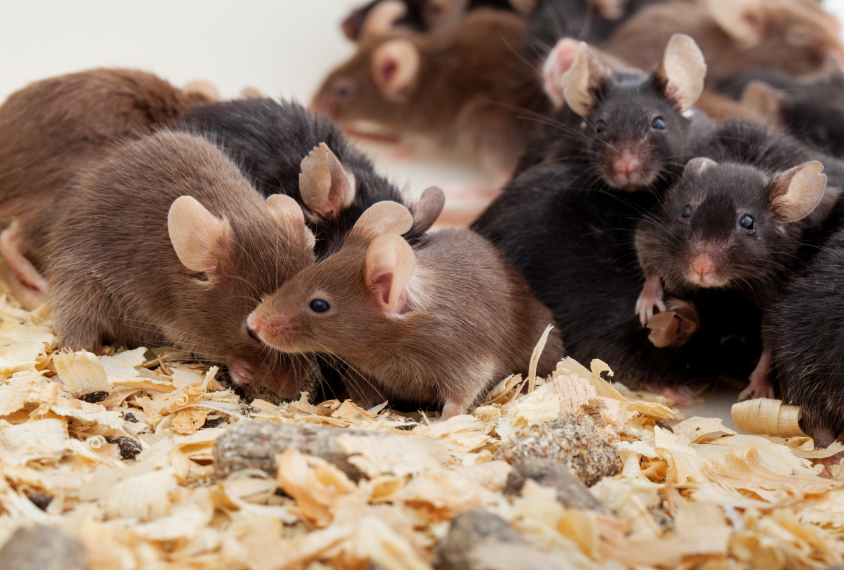 Party animals: Young mice prefer spending time with other mice to being alone.

The ability to learn from social experiences wanes by adulthood, a study in mice suggests — but the recreational drug ecstasy may bring it back1.

The loss of this ability seems to stem from neurons within a reward hub in the brain, the study found.

“This circuit that we are now beginning to really define as being important for autism-relevant social behaviors might be the one that we want to look at,” says lead investigator Gül Dölen, assistant professor of neuroscience at Johns Hopkins University in Baltimore.

The work also hints that the active ingredient in ecstasy — 3,4-methylenedioxymethamphetamine (MDMA) — may ease social difficulties in autistic people.

In mice, the drug reopens the ‘critical period’ — the window of time in which the brain is flexible enough to learn — for social-reward learning, via the social hormone oxytocin. In autistic adults, too, behavioral therapies might be more effective if MDMA can reopen the critical window for social learning, says Elizabeth Berry-Kravis, professor of child neurology at Rush University Medical Center in Chicago, who was not involved in the study.

This scenario is theoretical for now: No one knows whether the same critical period exists in people, much less whether it plays a role in autism.

Still, the results provide the first glimpse of how the brain responds to social interactions over a lifetime.

“The rewarding properties of social interaction have been given very little attention,” says H. Elliott Albers, Regents professor of neuroscience at Georgia State University in Atlanta, who was not involved in the study. “Nobody’s really looked at the developmental span of it, how it changes over the lifespan; this is the first real indication that it does change.”

Dölen and her colleagues taught mice to associate a social situation — rooming with littermates — with one type of bedding and being alone with another type. They then gave the mice a choice of chambers containing either of the bedding types and measured how long they spent in each. The researchers tested mice at several ages, to match human equivalents from childhood to late adulthood.

The youngest mice, those around 21 days old, prefer the chamber with the social bedding. This preference trends higher in the older mice until 42-day-old ‘adolescence’ and then trends lower; it is missing in ‘adult’ mice that are 98 days or older.

The finding suggests that adult mice can no longer learn to associate social contact with a stimulus, the researchers say. “This may be because social interactions are less pleasurable at this age and are therefore less likely to drive learned behaviors,” Dölen says.

Adult mice do prefer bedding from a room in which they were given cocaine, however, suggesting that the age effect is specific to social reward.

Dölen’s team bathed slices of the nucleus accumbens in an oxytocin solution. Slices from adult mice showed less plasticity than those from adolescent mice.

“Both the behavior and the synaptic plasticity have a peak around adolescence, and both are gone in adulthood,” Dölen says.

The researchers then injected adult mice with MDMA, which triggers oxytocin’s release, and tested social-reward learning two days later. These adults now showed a strong preference for social contact, and the synapses were responsive to oxytocin, too. Blocking oxytocin receptors prevents these changes, the researchers reported in April in Nature.

Together, the results suggest that oxytocin signaling in the nucleus accumbens controls the critical period for social-reward learning.

Dölen and her colleagues are investigating social-reward learning in a mouse model of fragile X syndrome, a condition related to autism.