Social motivation, reward and the roots of autism 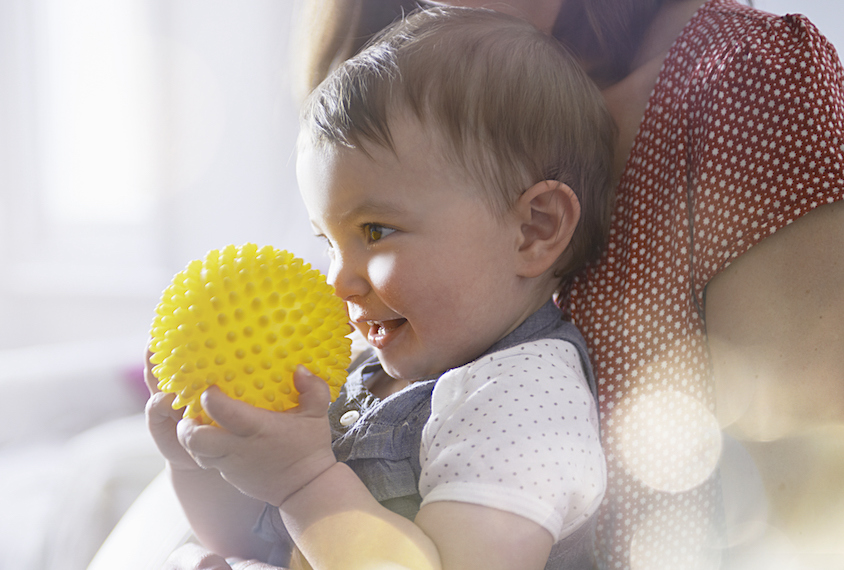 Ducks in a row: Children with autism may derive less reward from social interactions and more from non-social objects than their typically developing peers.

Diminished social interest is one of the earliest and most persistent symptoms of autism. Children with the disorder scan social scenes in an atypical manner and pay greater attention to objects and less attention to people compared with typically developing children1,2. They also rarely respond to others’ bids for joint attention — attempts to enlist the attention of a child, by pointing at an object, for example3— and are less interested in sharing enjoyment and in initiating or taking part in collaborative activities than are their typically developing peers4.

We believe that these symptoms can be explained by what has been called the ‘social motivation model,’ which posits that social deficits in autism are a consequence of reduced social motivation that starts early in life and has profound developmental consequences, including fewer friendships and social isolation5,6,7,8,9,10.

Although social motivation is unlikely to be fully responsible for these unwanted social outcomes, a reduced response to social reward in children with autism could effectively thwart the development of a repertoire of skills that are needed for successful social functioning. The past 30 years of developmental, social and cognitive psychology have demonstrated the importance of numerous skills that when disrupted yield undesirable social outcomes. These include theory of mind, or understanding the thoughts and beliefs of others; joint attention skills and their relationship to communication and language skill development; social-perceptual skills, such as speech intonations that convey meaning and face recognition; and social attention skills for prioritizing relevant components of complex social information.

Collectively, these skill deficits make it difficult for a person with autism to develop and maintain social relationships, and they describe much of what it means to have autism.

It is not by accident that we describe these symptoms as ‘skilldeficits.’  Adopting a skill-based framework brings into focus the importance of learning processes in the etiology of autism. Although caregivers do engage in explicit social instruction with children, most social learning happens implicitly, from experience. The important question is, why don’t children with autism profit as much from their social learning opportunities as do typically developing children?

Many processes undoubtedly underlie these deficits in learning. For example, genetic discoveries suggest that neurological processes that mediate learning at the synapse, the junction between neurons, are atypical in individuals with autism. But social learning cannot occur in a vacuum — it requires repeated social learning opportunities.

The social motivation model suggests that early impairments in the brain’s reward circuitry in children with autism reduce their motivation for social experiences. This lessens their experience with social interactions and the attention they pay to social information, setting in motion developmental processes that ultimately deprive them of adequate social learning opportunities. This, in turn, further disrupts brain and behavioral development.

In other words, when social information is not prioritized, there are profound, cascading effects on learning about — and from — the social world.

Most people associate reward with something pleasant, such as a piece of chocolate. However, hedonic feelings are only one feature of reward. Reward processes can be parsed into two components, with different circuitry: ‘wanting,’ which refers to incentive striving or motivation, and ‘liking,’ which refers to the pleasurable impact of reward consumption11.

Although there are few published studies on reward circuitry in autism, it appears that individuals with the disorder have greater difficulty with ‘wanting’ as opposed to ‘liking.’ Blunted ventral striatal activity during the anticipation as opposed to the experience of reward is the most consistent finding across reward-based functional magnetic resonance imaging studies (fMRI) studies8.

There is an obvious link between ‘liking’ and ‘wanting:’ Experiences that are liked will later be wanted. Experiences that are wanted will also be actively attended to, and we believe that this relationship could explain findings from the eye-tracking literature in autism. In particular, numerous studies of eye gaze in children with autism have shown that they don’t look at social cues as much as do typically developing children2,12.

These findings are often explained in terms of reduced ‘salience,’ or importance, of social information for those with autism. By contrast, understanding these data in terms of social motivation suggests that individuals with autism pay less attention to social information because such information has not been sufficiently rewarding to them in the past. From this framework, the important work on the early developmental signs of autism in baby siblings at risk for developing the disorder might benefit from studying reward processing. Eye-tracking impairments may be just one symptom of a more fundamental phenomenon in these infants.

Interestingly, studies to date suggest that motivation impairments in individuals with autism are the same for different types of reward, such as money and social rewards. However, the experimental methods used for this research are still evolving, preventing us from drawing any firm conclusions. One issue is that most studies use some version of a static photo, such as a smiling face, for a social reward — which is probably hard to get too excited about. Moving forward, more innovative experiments will allow a deeper understanding of the specificity of the reward and motivation deficits in autism and their relationships to skill acquisition.

Another challenge for the social motivation model will be to understand how motivation deficits in the social domain relate to other features of the disorder that likely are mediated by a common neurocircuitry. These include anxiety and the repetitive behaviors and special interests that are considered core deficits in autism.

By definition, reduced social attention equates to increased attention to other things — strong preoccupations and special interests. Distinguishing reduced social motivation from what can be the enhanced reward value of non-social objects and experiences is critical. There likely will be a dynamic interplay across development between the push and pull of competing motivational factors, and this is a fascinating area for future research.

It is equally important to understand the high prevalence of anxiety — about 50 percent — among individuals with autism. Anxiety is also rooted in the motivation system, but has an aversive influence on behavior. In this regard, social reward and anxiety are likely to be the opposite sides of the same coin, with one propelling behavior as an appetitive force, and the other as an aversive force.

The fact that both aversive and appetitive factors loom large in autism highlights the need for more research on how the disorder impacts the neurobiology of the broader motivation circuitry. It is probably best to think of autism as involving a general impairment in the motivation system, which plays out in unique ways for each individual, such as anxiety, the inability to derive pleasure from typically enjoyable social activities and the incentive value of special interests or repetitive behaviors.

It is also important to consider the role of behavioral interventions, which are now the mainstay treatment for individuals with autism. These interventions rely heavily on operant techniques, in which desired behaviors are reinforced using a variety of social and foodrewards, such as praise or M&M candies. In fact, the positive effects of increased motivation on learning are fundamental to all behavioral treatments for autism.

The efficacy of these interventions is well documented at the group level; however, studies show difficulties with stimulus-reward association learning among a large number of individuals with autism6,13. Comprehensive reviews also suggest that behavioral reinforcement fails to significantly benefit about half of all individuals with the disorder14,15.

It is a paradox that the field’s most successful interventions are rooted in reinforcement mechanisms that appear to be impaired in individuals with autism. Given the enormous amount of clinical effort devoted to reward-based behavioral interventions, it is alarming that more research is not directed toward the study of reward mechanisms in autism, including studies on why reinforcement-based interventions work well for some individuals but not for others.

In closing, we see the social motivation model as having many significant attributes. First, it creates a theory from a wealth of accumulated empirical data that can guide future research in the form of a set of testable hypotheses. While the developmental literature has produced an abundance of important findings, the field lacks a widely accepted heuristic model to structure future studies.

Second, it is a developmental model that recognizes that the mechanisms driving the onset of autism are the same ones that sustain it across development. The central hypothesis is that reduced motivation occurs early on in the development of the disorder and that this influences later failures to develop social attention, social-perceptual and social-cognitive skills. One of the most attractive features of the social motivation framework is its ability to account for a broad set of clinical observations and research findings, while not denying the possibility of other contributing factors.

Third, unlike some psychological models, the social motivation framework is neurobiologically grounded in the reward circuitry of the brain. This provides a tractable way to study the biology in humans and animal models, so that real advances can be made in parallel across disciplines, and so that breakthroughs in basic science can be readily translated to the clinic.