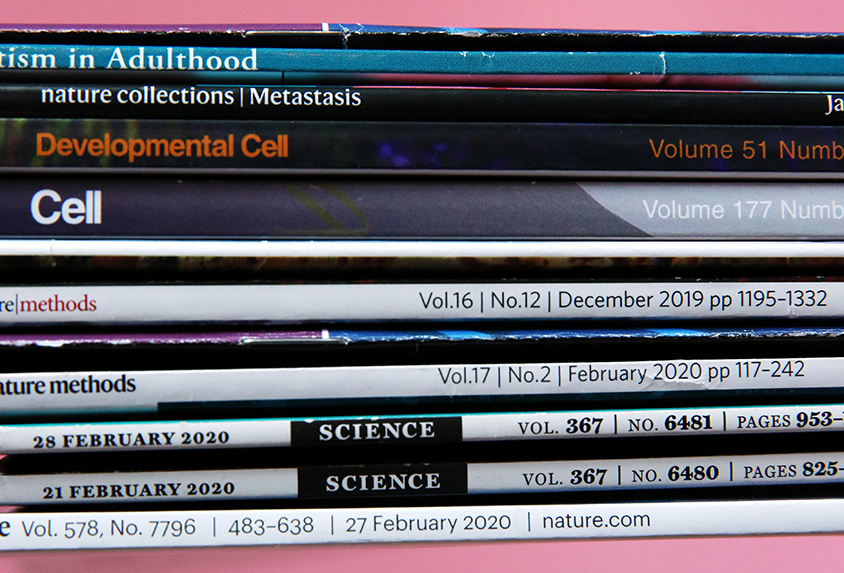 Calls for conflicts: Journals ask researchers to disclose financial ties, ideological commitments and personal beliefs or relationships that might bias or appear to bias their results.

Conflicts of interest and methodological issues sully a study published 18 July in the Journal of Autism and Developmental Disorders, autism researchers say.

The researchers on the study — which attempts to forecast autism prevalence and related costs in the United States in 2060 — all have connections to organizations that wrongly tie autism to vaccines, critics note, a conflict of interest that none of the researchers adequately disclosed.

The lead investigator, Mark Blaxill, is editor-at-large of Age of Autism, a website that promotes distrust of vaccinations and the long-debunked link between vaccines and autism. Blaxill has made national news for his anti-vaccine views.

Co-investigator Toby Rogers is a political economist who has written for the Children’s Health Defense Fund, a website that seeks to discredit vaccine safety; co-investigator Cynthia Nevison, research associate at the University of Colorado, is a former board member of SafeMinds, an organization that has sought to link vaccines to autism.

“It’s abundantly clear that this paper doesn’t follow the journal’s policies,” says David Mandell, associate professor of psychiatry and pediatrics at University of Pennsylvania and editor-in-chief of the journal Autism. “If you reference the Journal of Autism and Developmental Disorders’ conflict-of-interest guidelines, it says that certain ideological commitments and personal beliefs, personal relationships, all those things have to also be disclosed.”

“I receive no income for writing articles in Age of Autism over the years, so obviously that is not a conflict,” Blaxill wrote to Spectrum in response to Mandell’s comments.

The study used autism prevalence data from the state of California to forecast that 3 to 10 percent of children in the United States will have autism by the year 2060. Based on that figure, it estimated the future societal cost of autism as $5.5 trillion per year. A third analysis claimed to model how prevention might reduce autism prevalence in the future.

The prevalence forecast is flawed, Mandell says, because it was calculated by “looking at really old data, comparing it to new data, and then assuming an exponential function. If you multiply even small numbers like that, you’re going to end up with big numbers.”

The rise in autism prevalence in recent years can be attributed to “better observation and increased diagnosis on the community level,” Mandell says. “The base rate of autism isn’t magically rising because there’s some toxin that causes it, which is the underlying assumption [the paper’s authors] have.”

The prevention calculation also used “magic numbers,” says Madison Hyer, a biostatistician at Ohio State University’s Wexner Medical Center, because it isn’t clear what prevention means or what’s being measured. “Are they saying that this is the cost of supporting or treating an autistic individual across their life in some way? Or is this the cost above the cost of supporting someone who is not autistic? Everybody costs something.”

“[The authors] made some really severe assumptions about productivity … It looks like they were assuming anybody with autism would have zero productivity,” he says, but many autistic people work.

“What we observe is that [autistic people] may have some disabilities and challenges, and we as a society should think about how to support them. But they’re still quite productive members of society.”

Some of the data used to calculate productivity may have also come from questionable sources, says Kristen Bottema-Beutel, associate professor of teaching, curriculum and society at Boston College in Massachusetts. “The data they use appears to be from a non-peer reviewed PDF.”

Blaxill declined to respond to criticisms of the paper’s methodology, replying to Spectrum instead by email: “Read the paper … You could answer all of your own questions with just a modicum of diligence and reasonable attention to the text and references.”

The Journal of Autism and Developmental Disorders was established in 1971, and its first editor-in-chief was Leo Kanner, one of the first clinicians to describe autism. Some researchers say the new study has diminished their perception of the journal, which has an impact factor of 3.047. (A journal’s impact factor reflects how often its articles are cited.)

“[This paper] makes me question the peer review process,” says Brittany Hand, assistant professor at Ohio State University in Columbus, who also wrote a letter of protest to Volkmar. “How in the world does something like this get past [peer review]?”