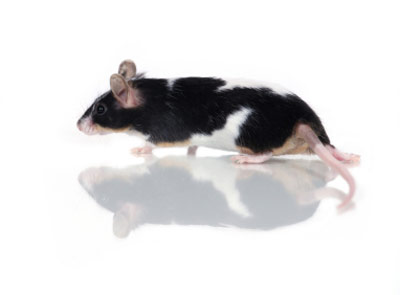 A compound that boosts inhibitory signals in the brain could treat hyperactivity and excitability in mice that model fragile X syndrome, according to a study published 8 November in Developmental Neuroscience1.

Several pharmaceutical companies are developing promising treatments for fragile X syndrome, a single-gene disorder that has significant overlap with autism. Principal among these are inhibitors of mGluR5, a protein important for excitatory signaling in the brain.

Conversely, some studies have suggested that boosting inhibitory signals in the brain could treat the symptoms of fragile X syndrome. In 2008, a screen of 2,000 molecules in fly embryos lacking the fragile X gene identified 3 that strengthen inhibitory signals, normalize the junctions between neurons, and restore typical courtship behavior2.

Based on this same premise, Seaside Therapeutics a Massachusetts-based biotechnology company, is testing a drug called arbaclofen in phase III clinical trials.

In the new study, researchers treated mice lacking FMR1, the fragile X gene, with gaboxadol, or THIP, an experimental sleep aid. This drug is known to activate receptors for gamma-aminobutyric acid, or GABA, which mediates inhibitory signals in the brain.

The researchers investigated THIP’s effect on a number of abnormal behaviors seen in these fragile X mice.

For example, the mutant mice travel farther and faster around an open field than controls do, reminiscent of the hyperactivity described in people with fragile X syndrome. The mice also have deficits in learning and memory. Like controls, they freeze after hearing a warning tone that is followed by a shock. But unlike controls, they forget the association when their environment changes, for example when the walls of the cage are altered, and resume moving after hearing the tone sooner than controls do.

Treatment with THIP alleviates some of these features, the study found.

Based on their results, the researchers recommend further investigation into THIP as a treatment for fragile X syndrome.