Breaks in long genes may underpin some forms of autism 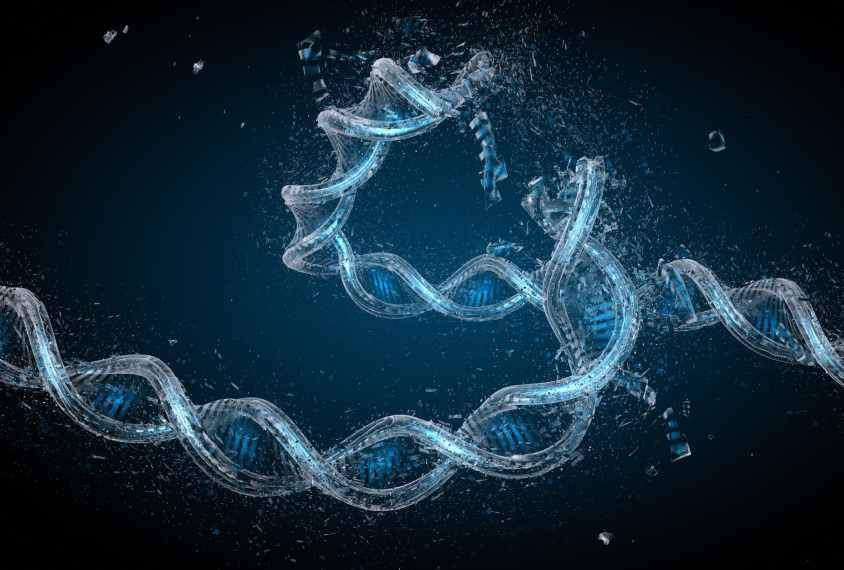 Fast and furious: Rapidly dividing brain cells tend to have a large amount of broken DNA.

The damage may play an important role in the biology of the condition, suggests unpublished research presented yesterday at the 2019 Society for Neuroscience annual meeting in Chicago, Illinois.

About one in five autistic people has macrocephaly, or an enlarged brain, and their brain grows unusually rapidly between birth and 2 years of age. Macrocephaly’s cause is unclear, but researchers suspect that whatever drives the growth also contributes to autism.

Immature neurons in autistic people with macrocephaly are known to grow rapidly. As a result, the neurons may accumulate errors and may not have time to repair them.

“We know that it takes less time for these autism cells to double their numbers,” says Meiyan Wang, a graduate student in Fred Gage’s lab at the Salk Institute for Biological Studies in La Jolla, California, who presented the findings. “We think they are undergoing replication stress and risking more damage.”

In early development, neural precursor cells divide millions of times to create 80 billion neurons. DNA damage that remains unrepaired during this process can give rise to new mutations.

At the 2018 Society for Neuroscience annual meeting, Wang and her colleagues identified 37 regions vulnerable to double-strand breaks when the cells divide.

All but one of these regions include a gene involved in the development of the nervous system. Of the 36 genes in these regions, 20 are linked to autism, including CTNND2, RBFOX1 and AUTS2. Most of the genes are also unusually long, extending over 800,000 base pairs. Many studies have implicated long genes in autism.

The researchers plan to explore how the damage in the long genes occurs and how it leads to autism.