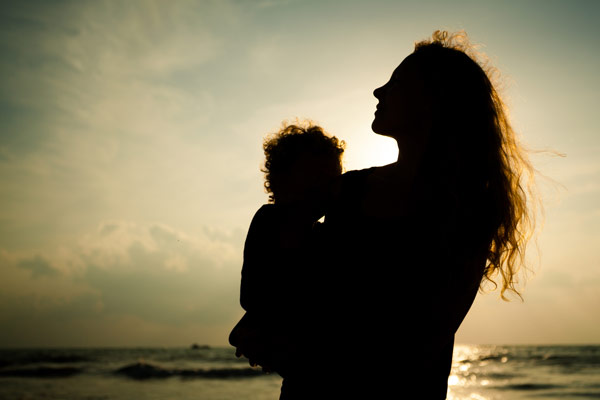 In the family: Mothers who are not on the spectrum can still pass a risk of autism to their sons.

Rare inherited mutations contribute to autism in about 10 percent of boys with the disorder, suggests a study published 11 May in Nature Genetics1. These genetic glitches are primarily passed down from unaffected mothers, consistent with the idea that women are somehow protected from the disorder.

Genes are thought to account for more than half the risk of autism. But most studies aimed at identifying particular candidate genes focus on rare spontaneous mutations that are relatively easy to detect — the ‘low-hanging fruit’ among mutations.

The new study looks at rare inherited mutations, which are harder to link to autism because every person carries hundreds of them. “I am excited by this work because it sheds light on another class of mutations important in autism,” says lead researcher Evan Eichler, professor of genome sciences at the University of Washington in Seattle.

Eichler and his team found that boys with autism are more likely than their unaffected siblings to have inherited rare mutations in genes that are conserved, or seldom mutated, in the general population.

The study represents a step toward understanding the inherited component of autism risk, says Jacob Vorstman, assistant professor of child psychiatry and genetics at the University Medical Center Utrecht’s Brain Center Rudolf Magnus in the Netherlands, who was not involved in the work. It’s “one of the first to make a successful attempt at gathering the not-so-low hanging fruit.”

Eichler and his colleagues analyzed sequences from 2,377 people with autism and their unaffected parents and siblings. The families are part of the Simons Simplex Collection (SSC), a repository of data and samples from families that have one child with autism and unaffected parents and siblings. (The collection is funded by the Simons Foundation, SFARI.org’s parent organization.) The researchers focused on the swaths of the genome that encode proteins, called the exomes.

The researchers excluded common genetic variants, which appear in at least 5 percent of the general population. They then homed in on rare single-letter typos in DNA, called single nucleotide variants (SNVs), that disrupt the function of a gene.

“I am excited by this work because it sheds light on another class of mutations important in autism.”

People with autism inherit just as many SNVs as their unaffected siblings do, the study found. However, when the researchers restricted their analysis to conserved genes, they found that people with autism are about 14 percent more likely than their siblings to have so-called ‘private’ SNVs — variants so rare that they have so far been observed in only a single family.

These differences appear to track with symptom severity. Private SNVs are enriched in individuals with severe autism and lower-than-average intelligence quotients (IQs) relative to their unaffected siblings.

Variants passed from unaffected mothers to sons account for most of the increased frequency of private SNVs in people with autism. Those passed from mothers to daughters and from fathers to either sons or daughters make minimal contributions.

Finding a heritable contribution to autism in this population is surprising, because the individuals with autism in the SSC do not have a family history of the disorder, says Tychele Turner, a postdoctoral fellow in Eichler’s lab. Most studies of the SSC have focused on trying to find spontaneous mutations linked to autism, she says.

The researchers estimate that rare inherited SNVs contribute to autism in 7 percent of people with the disorder. Ivan Iossifov, assistant professor at Cold Spring Harbor Laboratory in New York, says he and his colleagues came up with a similar estimate in an unpublished analysis of the SSC.

A 2013 study by a third group estimated that rare inherited variants account for 5 percent of autism cases. However, the investigators examined only mutations that affect both copies of a gene.

The new study also looked at large DNA deletions or duplications, called copy number variations (CNVs). The researchers found that people with autism are more likely than their unaffected siblings to carry relatively small (shorter than 100 kilobases) duplications that include at least one conserved gene. These small duplications contribute to autism in an estimated 3 percent of autism cases. Intriguingly, they often disrupt genes regulated by CHD8 — one of the strongest candidate autism genes identified to date.

Based on their analysis, the researchers estimate that each private SNV increases autism risk by about 11 percent, and each rare inherited CNV boosts the odds by 23 percent. Most of the autism-linked SNVs and CNVs were passed from unaffected mothers to sons who have autism.

The next step — figuring out which inherited variants contribute to autism — is a challenge because each one is so rare. “It’s very sobering,” says Stephan Sanders, associate professor of psychiatry at the University of California, San Francisco, who was not involved in the study. “It shows just how difficult it is to identify new autism risk genes as you go away from the de novo variants.”