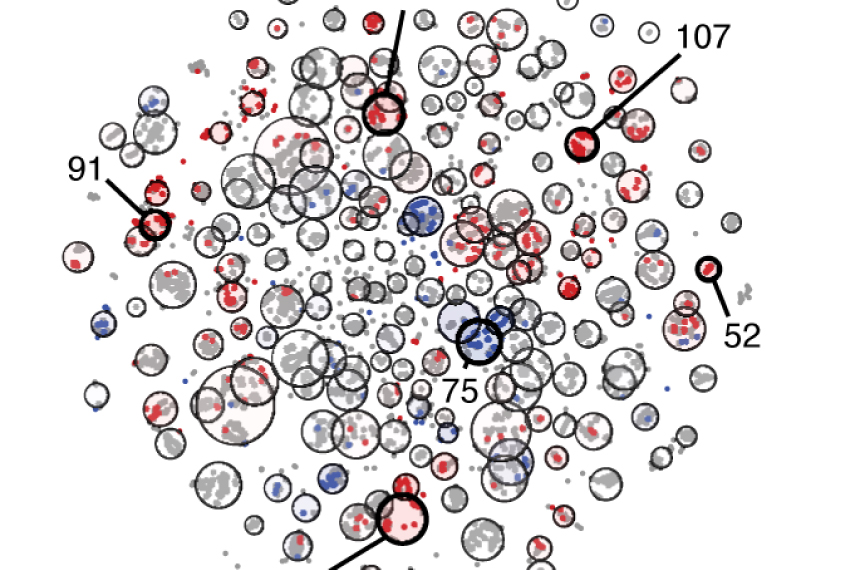 The number of top autism genes has risen from 65 to 99, based on an analysis of nearly 35,000 sequences. And researchers are seeing the first hints of autism risk variants in the regions between genes.

The new findings are the payoff from increasingly sophisticated analyses of a growing number of sequences from people with autism and their families. Researchers presented the unpublished results today at the 2018 International Society for Autism Research annual meeting in Rotterdam, the Netherlands.

The statistics reboot raised the number of significant genes to 99. It also boosted the significance of many genes previously included in the list of 65. For example, FOXP1 is now a leading autism gene and SYNGAP1 is nearly as significant as the top two contenders, CHD8 and SCN2A.

Sanders says he plans to make the list of genes freely available prior to publication, so that scientists can work together to understand how the candidates contribute to autism.