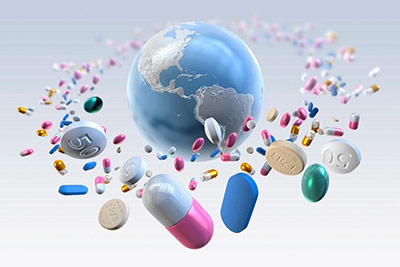 The most popular drugs prescribed for autism in some countries often have serious side effects or have not been vetted in robust clinical trials, finds a survey published 5 September in Psychopharmacology.

The drug most commonly given to adults with autism in Brazil, for instance, the antipsychotic thioridazine, can cause an irregular heartbeat. Taking thioridazine lowers aggression and negative thoughts, but the U.S. National Institutes of Health advises that it should be prescribed only after at least two other drugs have failed to work.

It’s unclear why thioridazine is popular in Brazil, prompting the researchers to suggest that doctors worldwide need to be trained to choose drugs with the best clinical and safety records for people with autism.

The researchers analyzed drugs recommended for children and adults with autism across ten countries in Asia, Europe and the Americas from 2010 through 2012. They collected the statistics from IMS Health, which tracks global prescription numbers. The company also collects data on which drugs physicians recommend most to children versus adults.

The survey results indicate that autism doctors in these countries most often prescribe antipsychotics, followed by stimulants such as methylphenidate (commonly marketed as Ritalin), seizure drugs, mood stabilizers, antidepressants and sleep aids.

Overall, children with autism take more drugs than adults with the disorder do — especially the anti-irritability drug risperidone, one of two drugs approved for autism in the U.S.

In the U.K., where risperidone is not approved to treat autism, the top prescription for children is methylphenidate. In Japan it’s haloperidol, an antipsychotic used to treat repetitive movements, aggression and hyperactivity in children who don’t respond well to psychotherapy or other drugs.

Adults with autism in seven of the countries are more likely to be prescribed risperidone than other drugs. However, in Spain and Brazil, doctors favor other antipsychotics, and in Mexico, anti-seizure or mood-stabilizing drugs.

Despite its popularity, risperidone has more side effects than aripiprazole, a less frequently prescribed antipsychotic. Both drugs treat aggression, self-injury and mood swings, but children who take risperidone are at increased risk of diabetes and heart problems. Boys on the drug can also develop enlarged breasts. Doctors may turn to risperidone because its generic spin-offs are less expensive than aripiprazole, the researchers suggest.

There may be even higher prescription rates for antipsychotics than the study reports. The database doesn’t include much data from psychiatrists, who are more likely to prescribe antipsychotics to children than pediatricians are.

Doctors prescribe a variety of medications because people with autism often deal with additional disorders — for instance, about 25 percent are prone to seizures and an estimated 30 percent have features of attention deficit hyperactivity disorder (ADHD).

Not surprisingly, ADHD drives much of the medication use among children with autism. A U.S. study of 1,605 children with autism, published 12 September in Autism, showed that of the 669 children prescribed medications, 448 have taken drugs for ADHD. The study relies on data from the Simons Simplex Collection, a database funded by the Simons Foundation, SFARI.org’s parent organization.

Another study, published 9 September in the Journal of Child and Adolescent Psychopharmacology, also implicates ADHD in the rising prescription rate associated with autism. That study looked at 850,000 children in Denmark and found that between 2003 and 2010, the number of prescriptions for children diagnosed with both ADHD and autism increased five-fold.