With support, community doctors could detect adults with autism 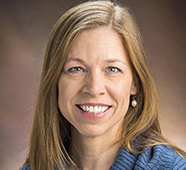 Alice was a good student in high school, but she was miserable because she didn’t fit in with her peers. Her doctors thought she might be struggling with mood issues, bipolar disorder or a personality disorder. When she went away to college, things really fell apart. She also became involved with drugs and alcohol, and she ultimately dropped out of school.

Desperate for help, she turned to her local community health clinic, where she was treated for mood disorders. (She is identified here by her first name only, to protect her privacy.)

It wasn’t until her mid-20s that she was diagnosed with autism — and the diagnosis transformed her life. She finally felt she understood her strengths and challenges, and began to see herself in a more positive light.

Our research team diagnosed Alice with autism last year, through a study that my colleagues and I launched to explore whether local community mental health agencies have clients with undiagnosed autism.

A failure to recognize autism can be a missed opportunity to provide the right support at the right time to individuals with the condition. Our study was intended to help identify possible gaps in knowledge and care in hopes of finding ways to fill those gaps.

The idea for the study came after David Mandell, our team leader, reported that as much as 10 percent of adults at Norristown State Hospital in Norristown, Pennsylvania, have autism1. Many of these individuals had been incorrectly diagnosed with psychosis. An accurate autism diagnosis changed the treatment for these individuals — in many cases decreasing the use of antipsychotic medications. So we were curious about whether there might be undiagnosed individuals with autism in other mental health systems.

Community mental health centers, created in the United States with federal funding that began in 1963, ushered in a new era of mental health care: Therapy, medication management, social services and preventive care became available locally, rather than only in state institutions.

Today, these centers serve as many as 7.1 million Americans per year — about 20 percent of all individuals with a serious mental illness. They provide mental health care and addiction services to people who have Medicaid, private insurance or no insurance. They also offer prevention, support, education and social opportunities, among other services.

We set up a collaboration with two local mental health centers to screen for autism. The providers agreed to integrate autism screening into their regular practice, and then we worked together to evaluate the effectiveness of that screening.

Our team included a psychologist with expertise in identifying individuals with psychosis. We also had two psychologists and a psychiatrist who are experts in autism and in delivering the most widely used diagnostic exam for autism, the Autism Diagnostic Observation Schedule (ADOS).

We invited all who were interested from the two centers to participate in an in-person evaluation. We looked for both autism and psychosis: Each participant received the ADOS, a clinical interview and the psychosis sections of the Structured Clinical Interview for DSM-5 (SCID-5).

Of the 75 individuals we evaluated, we identified 6 with autism; Alice was one of 4 who had not previously been diagnosed. We also learned, however, that identifying autism in adults in community settings can be tricky. Two individuals in our study had a previous diagnosis of autism, but our clinical team did not think they had autism. Several others had a mention of autism in their file, indicating that the question of autism had been raised, but not all of them had autism either.

As part of our study, which is not yet published, we trained community mental health providers to recognize features of autism, and to adapt their support services to work effectively for adults with autism. I was impressed by the commitment of the providers to the people they serve, and how much they had learned about autism on their own.

These providers wanted to know how to recognize signs of autism, how to get a comprehensive evaluation for individuals, and how to adapt their models of support to the needs of these adults. They asked good questions about how to help someone who has both autism and a co-occurring condition such as anxiety, as both can get in the way of living and working independently. Almost everyone knew at least one person with autism.

Our study illustrates the limitations of the ADOS. This test was originally designed to diagnose autism for research purposes. Only a few studies have examined how well it detects autism in adults, and fewer still have used it in adults with conditions other than autism.

We found that 37 percent of adults diagnosed with psychosis, but not autism, scored above the ADOS threshold for autism. The ADOS is not sufficient to make a diagnosis, but this high rate of false positives suggests a need for more providers with expertise in adults with autism, rather than relying on the ADOS alone.

Autism experts have much to offer their colleagues at community clinics about how to recognize and support individuals with autism. They can provide in-service training — a form of professional continuing education — and consultation where needed.

Likewise, community mental health centers could identify a provider with a particular interest in autism and get them the training and support they need to become an in-house autism expert.

These centers can then offer adults with autism treatment, support and social services in order to help them reach their potential.

Since her diagnosis, Alice has worked with her counselor at the clinic to learn more about autism and find community-based resources. The diagnosis came as a great relief to her because it made sense of a lot of things in her life, and it helped her take the next steps toward a career.

Judith Miller is assistant professor of psychology at the Children’s Hospital of Philadelphia.