In defense of sex steroids’ role in autism 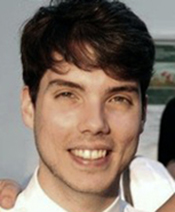 This article is a response to a Viewpoint article by Margaret McCarthy that Spectrum published in October.

We read with interest Margaret McCarthy’s commentary in which she discusses our findings on the role of prenatal sex steroids in autism1,2.

This theory proposes that steroid hormones such as testosterone and estrogen are elevated in pregnancies that lead to an autistic child.

McCarthy raised one question about our findings: Why would both androgens and estrogens be elevated in autism? We don’t find this to be biologically surprising because these hormones all lie in the same pathway, with testosterone being chemically converted into estradiol in a single step.

McCarthy goes on to conclude: “It is hard to imagine that [prenatal sex] steroids are not in some way contributing to the higher male prevalence of autism — and Baron-Cohen’s team’s findings continue to intrigue us.” We are pleased to read her positive conclusion.

Spectrum gave her commentary the headline: “Extreme male brain theory of autism rests on shaky ground.” We think this headline is inappropriate for two reasons.

First, it conflates two different but linked theories of autism. One is the ‘prenatal sex steroid’ theory, which, as described above, proposes that steroid hormones such as testosterone and estrogen tend to be elevated in pregnancies that lead to an autistic child. The other is the ‘extreme male brain’ theory, which posits that, when it comes to empathy and systemizing, autistic males and females interact with the world in a manner most similar, on average, to that of neurotypical males.

These theories are based on data from different and distinct systems — endocrine and cognitive — although they are linked in that the former is thought to underpin the latter.

Because McCarthy’s commentary did not discuss evidence for the extreme male brain theory and only discussed evidence relevant to the prenatal sex steroid theory, the headline was clearly off the mark.

Second, any evaluation of the extreme male brain theory would need to consider the results of a study we published last year3. In that study, we compared empathy to analytic, rule-based systemizing in 36,000 autistic people. We found that, as we had predicted, sex differences on these measures tend to be much smaller between autistic men and women than between neurotypical men and women.

Readers may also be interested in two epidemiological studies of women with polycystic ovary syndrome (PCOS), a condition that may be caused by and often leads to elevated levels of testosterone and related hormones4,5. One study used data from more than 8,500 women with PCOS in the United Kingdom’s National Health Service; the other relied on an even bigger dataset from the Swedish health registry. Both studies found increased odds of autism in the children of women with PCOS.

These studies both showed that even though autism is a rare condition, PCOS in the mother can increase the rate by up to 60 percent.

These studies lend additional support to the prenatal sex steroid theory of autism. The increased likelihood of autism in the children of women with PCOS may be due to the fact that these women are genetically predisposed to high testosterone levels, or that testosterone in pregnant women with PCOS may cross the placenta and affect the baby’s brain. These two possibilities are not mutually exclusive.

This prompts a new hypothesis: that the greater number of neurons in autistic people may be the result of prenatal estrogen exposure.

As McCarthy has noted and we discuss in our paper, there are some unexpected patterns in how the hormones relate to each other. For example, testosterone levels did not correlate with estradiol in our study, even though the latter is produced by modifying the former.

However, sex steroid hormones during pregnancy are produced by three interacting systems: the mother, the placenta and the fetus. This makes it challenging to determine the source of each of those hormones and how they may interact with one another. In our study, all of the different estrogens consistently followed the same trend and were significantly higher in autistic people than in controls.

We suggest that there are two intriguing reasons to examine the placenta as a potential source of the elevated prenatal sex steroids in autism.

Second, the placenta of fetuses with a family history of autism has an atypical structure and is larger than average7. This raises the possibility that the elevated prenatal sex steroid hormones in autism come not just from the mother or the baby, but from the placenta itself.

We thank McCarthy for her commentary, and we felt it important to draw attention to the headline and these caveats. We are encouraged that multiple, independent studies are revealing the role of prenatal sex steroids and are pleased that this work is contributing to a deeper understanding of autism.

Simon Baron-Cohen is director of the Autism Research Centre at Cambridge University in the United Kingdom. Alex Tsompanidis is a graduate student at the center.