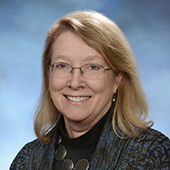 Margaret McCarthy
Professor, University of Maryland
Sign up for Spectrum's newsletters
Thanks for subscribing!
The Expert:

Autism is diagnosed more often in boys than in girls by at least a factor of four. Of the many hypotheses proposed to explain that gender difference, a biological one posits that testosterone exposure during gestation primes fetal brains to be more male-like. And some autism researchers have focused on the idea that exposure to naturally occurring steroids during pregnancy is a risk factor for autism.

This hypothesis, called the ‘extreme male brain’ theory, postulates that males are at higher risk for autism as a result of in-utero exposure to steroid hormones called androgens. This exposure, the theory goes, accentuates the male-like tendency to recognize patterns in the world (systemizing behavior) and diminishes the female-like capacity to perceive social cues (socializing behavior). Put simply, boys are already part way along the spectrum, and if they are exposed to excessive androgens in the womb, these hormones can push them into the diagnostic range.

British researcher Simon Baron-Cohen proposed the theory in 2002. Since then, he and his colleagues have tested the theory in several studies. But based on what is known about the biochemistry of steroids, the data are puzzling in several respects.

In this piece, I focus on two papers, published in 2015 and earlier this year, in which Baron-Cohen and his colleagues measured steroid levels in samples of amniotic fluid stored in the Danish Historic Birth Registry. In both studies, the findings link elevated steroid levels in this fluid to later diagnosis of autism in the children. The question is, what is the plausibility of the pattern of steroid level changes they found, and what is the likelihood that this contributed to autism risk?

In the 2015 study, Baron-Cohen and his team found elevated steroid levels in the amniotic fluid of boys who went on to be diagnosed with autism, Asperger syndrome or pervasive developmental disorder1.

They measured five steroids, including androgens, progestogens and cortisol, and found they were all elevated in each of the conditions (which were separate diagnoses then). At first pass, this may seem reasonable, but several of the steroids measured are distant cousins along the biosynthetic pathway from which they are derived. So it does not make sense that they would all be elevated at once. The researchers speculate that some hidden variable boosts steroid production across the board, but what this factor might be is unclear.

In their follow-up study, which used many of the same samples, the researchers measured another class of steroid hormones — estrogens — in amniotic fluid drawn at 14 to 16 weeks of gestation from 98 boys later diagnosed with autism and 177 typical boys. All four estrogen compounds they measured were elevated in the autistic children2.

This finding is as puzzling as the one from 2015. Baron-Cohen and his team make a case for estrogens being important to brain development, citing animal research. Indeed, my work shows that brain masculinization in rodents is largely driven by estrogens derived from testosterone from the fetal testis3. In people, however, the preponderance of evidence points to androgens directly acting on the brain, without first being converted to estrogens4.

It is possible that estrogens play a role human brain development, but there is no strong evidence to support that view. Moreover, the estradiol detected in the amniotic fluid almost assuredly came from either the maternal circulation or the placenta and so should not be different in male and female fetuses. Baron-Cohen and his team show that testosterone is much higher in the amniotic fluid of male pregnancies, but there is no similar analysis for estrogens. As a result, it is hard to interpret the observed elevation in estrogen as leading to greater rates of autism in boys.

The researchers also looked for correlations in levels across the various steroids they looked at, and again the findings are puzzling. For instance, there was a relationship between levels of progesterone and estradiol, but these steroids are such distant cousins they are barely related: There are at least five enzymatic steps needed to convert one to the other. It is biologically implausible that levels of these two compounds would move in lockstep. Conversely, androgens and estrogens are closely related — conversion requires only a single chemical reaction — but levels of these hormones do not track with each other in the study.

Complicating matters, steroids in amniotic fluid can originate from multiple sources — yet Baron-Cohen and his colleagues use amniotic fluid levels as a proxy for steroids in the fetal brain. Of course, brain levels cannot be directly measured in human fetuses, but in animal models, plasma levels and brain levels are not the same, and concentrations of estrogens and androgens can differ 10-fold across brain regions5.

What’s more, the differences Baron-Cohen and his colleagues observed were modest at best, making it unclear what impact the slight increase observed would have on the developing brain. And the variance within either the autism group or the control group is far greater than the difference between the groups.

There are alternative explanations for the data linking elevated steroids during pregnancy to autism. For example, it’s possible that steroids are a harbinger of placental dysfunction, a possibility the researchers acknowledge. Unfortunately, we cannot test this hypothesis as the placentas from these pregnancies are long gone, but future studies could address it.

Another possibility is that the women have disrupted steroid metabolism. Steroids are metabolized by the liver, so it is plausible that liver dysfunction during pregnancy could lead to a steroid buildup that has nothing to do with autism.

Surely, there are other potential explanations as well, but for now, we cannot determine what led to the elevated steroid levels the researchers observed, nor whether steroids are genuinely a culprit in autism or just a canary in the coal mine.

It is hard to imagine that steroids are not in some way contributing to the higher male prevalence of autism — and Baron-Cohen team’s findings continue to intrigue us. But for now, the question of whether steroids are the key to the sex bias in autism remains wide open.

Margaret McCarthy is professor and chair of pharmacology at the University of Maryland in Baltimore.