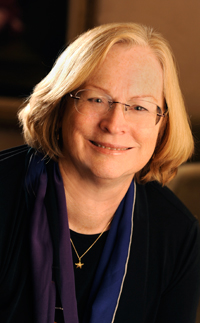 A paper published this month in the Journal of Child Psychology and Psychiatry describes an important subset of individuals with autism who ‘lose’ their diagnosis and become ‘typical’ as they get older.

The study made headlines in the general press, in part because the idea that children may outgrow their autism provides hope for families.

For years, there have been reports of children moving ‘out of the spectrum.’ But these cases have often been poorly defined, with informal initial diagnoses and little rigorous assessment later on. The new study provides indisputable evidence that such children and young adults do exist.

The study included 34 individuals, between 8 and 22 years of age, who were diagnosed with autism prior to age 5. The researchers selected the group from all over the U.S. and Canada because of clinicians’ reports that they no longer met the criteria for autism. The researchers confirmed this with extensive assessments.

This makes it the largest, most carefully described sample of individuals who had clear diagnoses of autism but seemed to outgrow them.

The paper is not without limitations, however. The researchers compared the individuals who lost their diagnoses — the ‘optimal outcome’ group — with 44 children and adults with autism who have similar average nonverbal intelligence quotients (IQs) and ages but lower verbal skills. The control group also has fewer females.

Both groups are ‘convenience’ samples, meaning they weren’t selected to represent the broader population, and are therefore subject to biases.

Much of the assessment does not seem to be blinded — the clinicians making the assessments knew whether the child was part of the optimal outcome group. That makes it difficult to interpret the results even when using standardized tests, because the researchers’ beliefs about the possibility of outgrowing autism can affect results.

This lack of blinded assessment may be especially important when the research group reports the results of other assessments they carried out, including neuroimaging and additional neuropsychological tests.

What’s more, the researchers don’t address the wide range in the ages of those who lost their diagnoses. An optimal outcome at age 8 is quite different than one at age 21.

Based on their assessments, the researchers suggest that those in the optimal outcome group had less severe symptoms to begin with. However, they based this conclusion on retrospective reports, such as the Social Communication Questionnaire and the Autism Diagnostic Interview-Revised, which rely on parents’ recall of their child’s behavior and may be colored by the child’s current status. It’s important to keep that in mind when comparing those results with current assessments, in which a clinician directly observes the child.

Beyond milder symptoms, it’s not yet clear what distinguishes this group — whether they underwent a specific type or timing of treatment, or whether they had specific differences to begin with. The researchers will likely delve into this question in upcoming reports.

The researchers also raise concerns about other conditions in a substantial minority of these individuals (7 of 34), including anxiety, depression, inhibition, inattention, impulsivity and hostility — features not seen in the group who retained their autism diagnoses. These subtle difficulties suggest risk factors that may be important to consider.

It’s also worth exploring how meaningful the loss of diagnosis is.

For example, as many people in the autism self-advocacy community would point out, it’s not clear whether this group is more successful than those who continue to carry diagnoses.

Perhaps these individuals improve on basic aspects of social behavior that are striking in formal assessments, such as facial expression recognition, intonation or eye contact. But in the long run, that may be less important than flexibility, friendships and reciprocal interactions with familiar people in everyday life.

People who retain symptoms of autism may do well even if they don’t technically have an optimal outcome.  That’s an empirical question, and an important one for people with autism and their families in setting goals and anticipating the future.

Catherine Lord is director of the Center for Autism and the Developing Brain at New York Presbyterian Hospital and a professor at Weill Cornell Medical College.