For children with autism, tablet app may deliver life skills 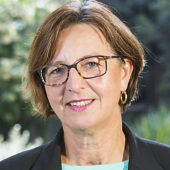 Angelika Anderson
Associate professor, Monash University
Sign up for Spectrum’s newsletters
Thanks for subscribing!
The Expert:

After a child receives an autism diagnosis, parents and caregivers often scramble to help her build the skills she will need to be independent.

Starting behavioral treatments early offers the best chance of a good outcome1,2. But many children with autism cannot get the ideal regimen of 20 to 40 hours of therapy each week for at least two years. The therapy is expensive and there are often long waiting lists for a suitable therapist.

Several years ago, one couple was facing a long waiting list for treatment for their child, who has autism. Both parents happen to be computer scientists with expertise in machine learning. So they teamed up with others, including behavior analysts, speech therapists and clinical psychologists, to find an automated solution to the problem. The result: an iPad application called TOBY (Therapy Outcomes by You) Playpad3.

The app incorporates the most important elements of effective behavioral therapy. It uses on-screen tasks to teach imitation, sensory discrimination, language and social skills. Each child receives an individualized program that responds to her progress. An adult needs to supervise the app’s use but need not have specialized training.

Like traditional behavioral therapy, TOBY targets global skills rather than teaching isolated skills to children with autism. Less time-intensive video-based interventions can help teach children to, say, use the toilet and understand numbers4,5.

TOBY is not a replacement for behavioral therapy, but it may be useful as a bridge to that therapy for families on waiting lists. It could also augment traditional treatment programs.

The current version of TOBY may not be optimally engaging, however, limiting its use. And not every child gets an opportunity to complete the tasks designed to transfer skills to everyday life. But two small studies so far indicate that the program benefits children, particularly as an add-on to traditional therapy.

Several years ago, my colleagues and I conducted a pilot trial to assess how children and their caregivers might use TOBY and what the children learn from it6.

We gave the app to 33 families with a child who has autism. Almost 70 percent of the families used the app extensively over the four- to six-week trial. Children from these families spent an average of three hours in total with the app and completed more than 1,000 ‘learn units’ — in which a child is given a task, responds to a prompt and receives feedback on the response. In a matching task, for example, a child might need to find the object that looks like the sample object.

Some of the exercises, called natural-environment tasks, help children transfer the skills they learn in TOBY to the real world. For example, the child might learn to match two identical images on the iPad and would then move to matching socks while sorting laundry. Yet 40 percent of the children enrolled in the study never completed any of these real-world tasks. These tasks require some creativity and planning from a caregiver, likely making them difficult for some families to complete.

Many children did learn from the app. We focused on 11 children who used TOBY extensively and did not have many of the skills the app is designed to teach. Some children completed almost all of the curriculum, others only a little. Similarly, some learned quickly, whereas others needed to complete five times as many learn units to acquire a skill. Still, all of the children improved on at least one measure, such as an increase in the number of words they understand, depending on their individual needs.

We then looked at whether TOBY is useful as an adjunct to standard therapies. In a study published last year, we enrolled 80 children — all of whom had received autism diagnoses within the previous year — in a randomized controlled trial7. We divided the children into two groups: One group continued their treatment at the time, and the other used TOBY in addition to that treatment. Parents in the TOBY group also received a two-hour training session on the software.

Every two weeks for six months, we asked these parents how much they were using TOBY.

Children in the TOBY group used the app for about 25 minutes per day on average during the first three months but less than 10 minutes per day after that. Generally, caregivers thought their children enjoyed TOBY, but there were obstacles to its use: not enough quiet time at home, other children needing attention, fatigue — for both parents and children — and challenging behaviors.

At three months, and again at six months, we tested the children on their social skills, object recognition and word use. The two groups showed equivalent improvement in autism-specific skills, such as communication and sociability, at the six-month point. But children in the TOBY group were more likely to grasp the meaning of single words. They also were better able to recognize objects and understand the meaning of symbols — and to do fine-motor tasks such as stringing beads or grasping a pencil properly.

For educational apps to be maximally successful, they may need to captivate children for three to four hours per day, if the time requirements for behavioral therapy are any guide. To make children — and their parents — want to keep playing, the games may need to incorporate some of features that make many video games so addictive8.

The use of virtual reality in autism therapy may help bridge the gap between game and real life. Simulated environments provide children with a safe place to practice various types of life skills9. In the end, we may be able to cobble together multiple technologies to create an automated home-based approach to teaching children with autism the skills they need to be productive, independent and happy.

Angelika Anderson is associate professor of educational psychology at Monash University in Melbourne, Australia. She has no financial ties to TOBY.