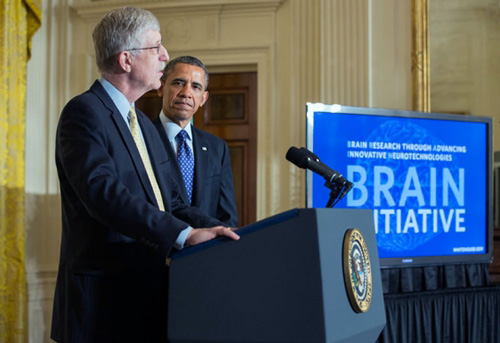 An influx of $4.5 billion from the federal government over the next 12 years could jump-start a new generation of technologies, including tools for autism research.

President Barack Obama launched the Brain Research through Advancing Innovative Neurotechnologies (BRAIN) Initiative in April 2013. Following his announcement, the federal government approved $110 million for the initiative for the 2014 fiscal year. The National Institutes of Health (NIH) is expected to announce which grants will receive $40 million of this funding in September.

A report released 5 June by an NIH working group recommended the $4.5 billion budget and outlined the need for technologies that help researchers understand the workings of the human brain. For instance, the initiative is expected to fund projects that measure electrical and chemical fluctuations within brain circuits and how these changes affect behavior. It will likely also support the creation of publicly available databases to disseminate the information.

If President Obama and Congress approve these recommendations, the project is expected to provide $400 million in funding each year between 2016 and 2020 to develop and validate tools to study the brain. The report also calls for $500 million a year from 2020 to 2025 to integrate the newly developed tools in neuroscience research. Inspired by the initiative, this month the state of California independently launched Cal-BRAIN, a $2 million project that aims to develop tools to map brain activity in real time.

“It’s really about creating a set of tools for the next generation of neuroscience,” says Thomas Insel, director of the National Institute of Mental Health.

Researchers don’t yet know the full range or number of cell types in the brain, or how exactly information is encoded, stored and retrieved, Insel notes. An imaging instrument that can track the activity of one or a handful of neurons rather than 100,000 would be a boon to researchers, for example.

Although the initiative is focused broadly on neuroscience, autism is likely to benefit. At a June 10 session, the Senate committee that oversees the budget allocated $100 million for the initiative for fiscal year 2015.

During the session, Barbara Mikulski, Maryland senator and chairwoman of the committee, said, “We must make it a priority to ensure that NIH has stable and reliable funding to conduct research that will help cure, treat and prevent debilitating and costly conditions such as Alzheimer’s, autism and cancer.”

That statement has stirred optimism in the autism research community. “I can’t remember a time when autism has been mentioned in the Senate markup,” Insel says. “So that’s pretty exciting.”

Some of the techniques are also likely to be particularly useful for autism research. For example, CLARITY is a method that renders brains transparent.

“You could imagine how [CLARITY] could be extremely helpful in doing postmortem studies for autism brains,” Insel says.