Q&A with Sébastien Jacquemont and Clara Moreau: Why brain imaging signatures for autism are so elusive 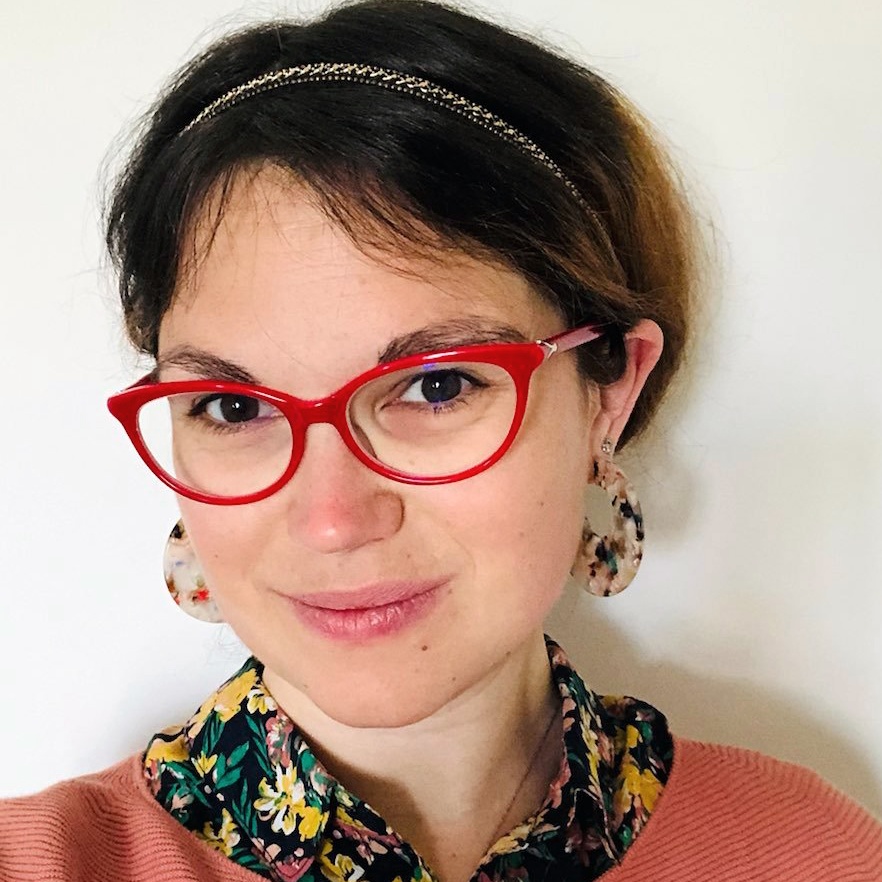 Clara Moreau
Postdoctoral researcher, Institut Pasteur
Sign up for Spectrum's newsletters
Thanks for subscribing!
The Experts:

Clara Moreau didn’t know what she was getting into when her graduate adviser, Sébastien Jacquemont, asked her to write a summary of brain structure and activity differences in autism

She assumed she would comb through piles of neuroimaging research papers and report back on a few common results. But after reading scores of papers, she didn’t have anything concrete.

“All of these [neuroimaging] papers were reporting different results,” says Moreau, now a postdoctoral researcher in the Human Genetics and Cognitive Functions unit at the Institut Pasteur in Paris, France. “I was quite confused.”

She noticed a major division in the field of neuroimaging genomics, which focuses on how genetic factors shape brain structure and function: Most papers considered how the brains of people with autism differed from those without the condition or with a different condition, such as schizophrenia — a ‘top-down’ approach. But other studies approached things from the bottom up, looking for shared brain alterations among people with the same genetic mutation, regardless of their diagnosis.

Moreau and Jacquemont, associate professor of pediatrics at the University of Montreal in Canada, found that the teams taking these different tacks rarely collaborated. Though this bifurcated field is beginning to reproduce results, it would advance more quickly if researchers united the two approaches, Moreau and Jacquemont wrote in a paper published in March in Brain.

They spoke with Spectrum about the strengths and weaknesses of how researchers currently study autism, through neuroimaging and genomics, and how they hope the field will change.

Spectrum: Why hasn’t either the ‘top-down’ or ‘bottom-up’ approach been successful on its own?

Sébastien Jacquemont: The field has started with top-down. And top-down has been incredibly frustrating. Because you’re asking, “What is the common denominator across all participants I’ve recruited with a diagnosis of autism?

If you do that at the neuroimaging level, there’s almost no common denominator. And part of the reason might be that there are a lot of different genetic mutations that can contribute to autism and may have different effects on the brain. A lot of these mutations can also contribute to other conditions, such as schizophrenia; there’s an overlap.

If you take the bottom-up approach, looking at people with the 16p11.2 duplication, for example, [a genetic mutation that involves a repeated stretch of chromosome 16], you will find people with schizophrenia, and also people who are diagnosed with autism. But the effect size of this duplication on neuroimaging is large and very robust.

Conducted alone, neither of these approaches can give you a marker that helps distinguish between the conditions. 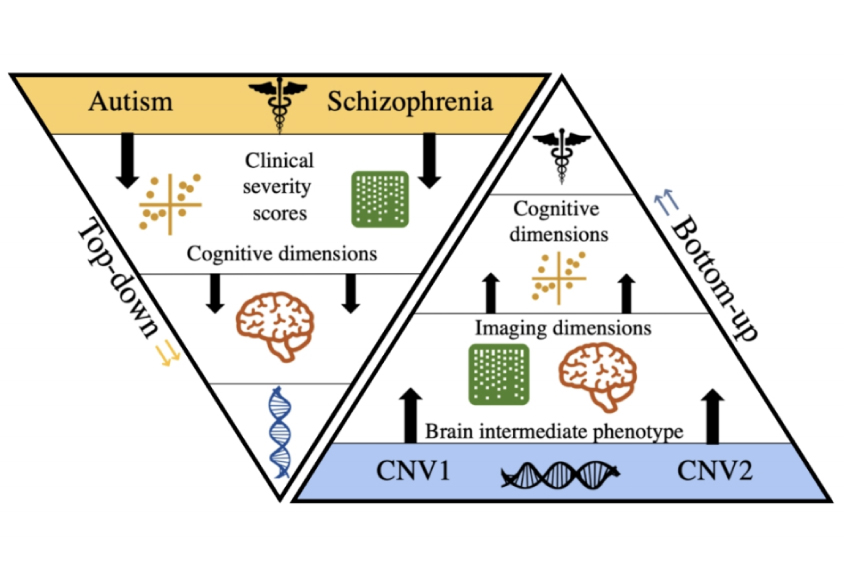 S: What are some of the other challenges for neuroimaging genomics?

SJ: In the past decade of neuroimaging studies in autism, researchers started with really small studies. And they would all report [a difference between the brains of people with and without autism], but then it would rarely replicate, because what they were reporting was a lot of false positives.

Clara Moreau: A simple example: Let’s say there is a mutation that increases your brain volume, which is associated with autism, and another one also associated with autism that will decrease your brain volume. If in the same group of autistic people you have a participant who carries the first one and another who carries the second one, they’ll cancel each other out when they’re grouped together in a study comparing autistic and non-autistic brains

SJ: The thinking is that — because autism is so heterogeneous — we’re mixing data from people who have different neuroimaging patterns, different brain mechanisms.

There are thousands of genes that contribute to autism. We hope that there are not 1,000 distinct brain patterns; there should be a smaller set.

And the truth is that if there were thousands of distinct patterns, I don’t think studies of autistic versus non-autistic brains would do anything at all. Still, even though top-down studies show a small effect size, they’re now yielding reproducible findings, thanks to much larger sample sizes.

S: Does the bottom-up approach avoid those pitfalls?

All of the sudden, it’s like, okay, there’s hope. Neuroimaging can really map out brain alterations that are linked to genetic risk and probably relevant to cognition and behavior.

CM: Another thing we found is that neuroimaging studies often report the same kind of results across multiple psychiatric diagnoses. So researchers started to do studies to try to compare patterns of alterations for different conditions, and they found correlations across the diagnoses.

With a transition to the bottom-up approach, starting from the mutation — without taking into account the diagnosis — you don’t have to deal with this kind of effect.

S: So how should the field move forward?

CM: We need to combine both directions: bottom-up and top-down. And with very large samples.

SJ: Yeah, we need to gather lots of neuroimaging data — as much data as possible on individuals who have genetic mutations linked to autism.

And then we also need to continue to work top-down. Because we’re not saying that top-down is not good.

Using the top-down approach alone, doing imaging on 2,000 individuals with autism, you may be able to find different subtypes of brain patterns using data-driven approaches. You could say, “I’m going to take all of the autistic people with these particular traits,” and then see if they have similar patterns. Interesting neuroimaging subtypes have been published, but they haven’t yet been reproduced.

And then the bottom-up is the same thing. We’ve looked at a few mutations, but we’re going to need to expand to the full spectrum of mutations associated with autism.

S: What do you hope to find?

CM: We’re looking for where the convergence is happening; where can we see something that all autistic brains have in common.

SJ: We thought it was going to happen early on. We thought that if we took multiple mutations associated with autism, they would lead to somewhat of a similar brain type at the neuroimaging level.

Unfortunately, all of these mutations lead to quite distinct brain patterns, and likely brain mechanisms. So there’s probably some convergence, and we find a little bit, but it’s not as much as what we would have hoped. Genetic diversity leads to very diverse brain mechanisms

CM: We think there is a huge diversity. But we’ve seen some convergence — for example, the overconnectivity of the thalamus and the somatomotor network, which is observed across mutations and psychiatric conditions — and that opens positive avenues for treatments.

But for now, we still have a lot of work to do.