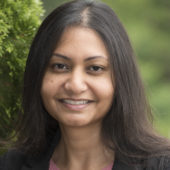 Lucina Q. Uddin
Director, Brain Connectivity and Cognition Laboratory, University of Miami
Sign up for Spectrum's newsletters
Thanks for subscribing!
The Expert:

Head movements, eye blinks, heartbeats, random fluctuations in brain waves — these are all common sources of unwanted signals, or ‘noise,’ in recordings of brain activity. Neuroscience researchers spend a lot of time using computational tools to extract meaningful signals from noise in their data. But what if some of these unwanted signals actually hold important information about brain processing? And what if the strategies scientists employ to ‘de-noise’ their data inadvertently remove that information?

Lucina Uddin is director of the Brain Connectivity and Cognition Laboratory at the University of Miami in Florida, where she uses imaging techniques to explore brain connectivity, particularly in autistic people.

In a paper published in June in Trends in Cognitive Sciences, Uddin warned researchers to be cautious about how they de-noise their data1. Many signals once considered noise ultimately shed light on important brain processes, she says. For example, some unprompted and seemingly random neuronal firing is now regarded as critical to processes such as attention and consciousness.

Uddin spoke to Spectrum about the importance of rethinking our understanding of ‘noise.’

Spectrum: Why is it important for neuroscientists to decrease noise in their data?

Lucina Uddin: It is important to reduce noise in scientific data so that observations are not confounded by factors that have no bearing on the phenomenon of interest. For example, astronomers wishing to study distant stars may have difficulty doing so because of light pollution from artificial lights in the night environment. In this scenario, city lights would be considered noise that interferes with the astronomer’s ability to accurately observe stars.

In human neuroscience, we aim to noninvasively study the brain without harming the participant. The tools we use to measure brain activity are unable to provide a direct readout of neuronal firing but instead can provide approximations of what is going on beneath the skull. The difficulty with neuroimaging is deducing which parts of the measured signal are caused by neuronal activity and which are caused by non-neural factors, such as breathing rate and head motion. It is important to reduce noise resulting from these and other non-neuronal factors in order to accurately measure brain activity.

S: How has this idea of noise shifted over time in the neuroscience community?

LU: Sometimes we don’t completely understand an observation from an experiment. In those cases, it is tempting to say that those results were noisy, or the phenomenon we were observing should be thought of as simply noise. For example, in neuroscience we know that sometimes neurons fire spontaneously in the absence of any sensory input. Far from being uninteresting noise, this spontaneous activity actually contributes to oscillations that affect global functional states, such as attention and consciousness. Before we had an understanding of how spontaneous activity contributes to brain function, we considered this activity noise. 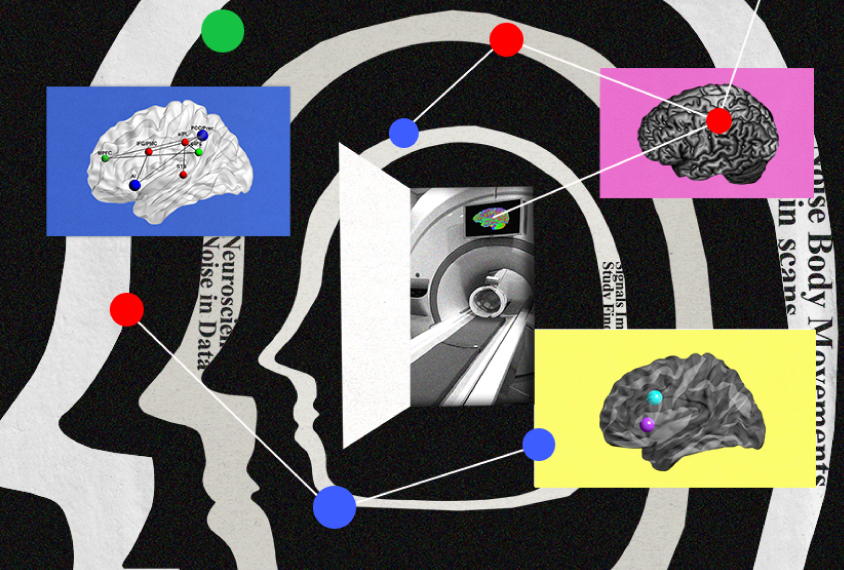 In functional neuroimaging research, spontaneous large-scale network activity was largely considered noise up until the mid-1990s. There is now extensive literature documenting the fact that the vast majority of the brain’s resources are devoted to supporting spontaneous rather than evoked responses, and that these spontaneous responses form functionally coherent brain systems. One study using neuroimaging shows a shift to randomness of brain oscillations in adults with autism compared with typically developing people2. This insight into the neurobiology of the condition would not be possible if researchers had continued to ignore spontaneous fluctuations in the signal, which is measured using functional magnetic resonance imaging.

S: What issues arise when neuroscientists ‘de–noise’ their data?

LU: I think that some of the strategies that neuroscientists use to remove noise from the data can also inadvertently remove the signal of interest. For example, spontaneous fluctuations in the brain are measured in functional magnetic resonance imaging studies in which participants rest inside brain scanners. A common de-noising step is to remove the ‘global signal’ (an average of all signals across the brain) before subsequent analyses. At first glance, this is a logical step, because the global signal is dominated by non-neuronal noise, including that produced by breathing and head motion. However, when you remove the global signal you also remove an unknown quantity of meaningful neural signal. So you might be, in effect, throwing out the baby with the bathwater. Interestingly, the global signal shows a different distribution pattern across the brain in different conditions, and even across different individuals and times of day. For example, one study shows that fluctuations in the global signal steadily decline throughout the day3. This suggests that there is some meaningful neural information associated with the global signal, and that treating it as noise could lead to a loss of this information.

S: What alternative ways are there to think of the brain, given this understanding?

LU: There already exist multiple alternatives: Some involve thinking about brain activity in terms of its trajectory before and after it processes some stimulus, or analyzing shared, synchronized responses across multiple participants, as opposed to within individuals4. With these types of approaches, aggressive de-noising is not always necessary because they make different assumptions about what is important for understanding brain function. None of these are new proposals, just ones that can potentially circumvent some of the issues inherent to data-analytic approaches that require strict separation of signal and noise.

S: What do you think are the most important changes neuroscientists should make to how they investigate the brain?

LU: I don’t think a complete overhaul is necessary. Rather, I think it’s important to be humble in our approaches, given that we have been wrong in the past when trying to tackle the important question of what counts as signal and what should be treated as noise in any measurement of brain activity. 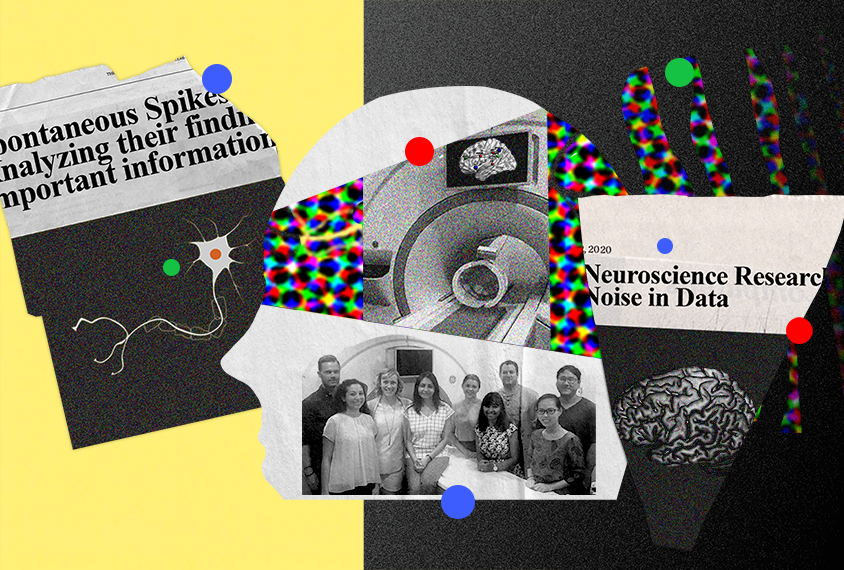 S: What implications would this change in perspective have on neuroscientists, particularly those conducting autism research?

LU: We have known for quite some time now that spontaneous neural activity is an aspect of brain function that should be moved from the realm of noise to that of signal. What’s important is to keep an open mind, as yesterday’s noise can become today’s signal.

All autism neuroscience research builds on a foundation of basic neuroscience research, which is why keeping an eye on advances in neuroscience more broadly is critical for autism researchers. For the global signal example I discussed earlier, there is already evidence that the distribution of this signal across the brain is altered in individuals with schizophrenia5. I would like to conduct systematic investigations of the global signal in autism in the future to attempt to understand the ways in which this might relate to traits of the condition. This might be particularly enlightening given recent work showing that the global signal is related to individual differences in psychological function in the neurotypical population6.

S: How do you think neuroscientists will separate signal from noise in the future?

LU: I wish I could see into the future! Instead, I can just reiterate that since we don’t have an a priori understanding of how information is coded in the brain, we need to always be careful when we discard certain aspects of the recorded signal under the assumption that those aspects represent noise. This is especially important in studies of autism, as we are still in the early stages of trying to understand the neurobiology of the condition.