Puberty may arrive early for some autistic girls 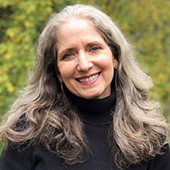 Blythe Corbett
Professor, Vanderbilt University
Sign up for Spectrum's newsletters
Thanks for subscribing!
The Expert:

Adjusting to the many changes that accompany puberty — physical, cognitive, hormonal and social — can be challenging for anyone. But it can be especially difficult for autistic children, who inherently have trouble adapting to change and communicating with others.

Boys and girls in the United States typically enter puberty at around age 12, although the timing can vary from person to person1,2. Autistic girls start puberty about 9.5 months earlier than non-autistic girls do, according to a new study3. The findings were published in October in Autism Research.

Corbett spoke with Spectrum about why girls with autism might hit puberty so early and how her findings could help doctors better equip autistic adolescents, especially girls, for their transition through puberty.

Spectrum: Why did you study pubertal development in autistic children?

Blythe Corbett: Remarkably little is known about pubertal development and autism. The timing of pubertal onset can set the stage for a cascade of events. For example, typically developing adolescents who reach puberty early are at an increased risk of being harassed or bullied by their peers and having mental health conditions such as depression. We already know that individuals with autism are at an increased risk of peer victimization, and so early puberty onset might substantially increase that risk even further. On the other hand, some research has shown that adolescents with autism improve in some areas, such as behavioral regulation, once they reach puberty. Thus, we need to better understand the onset and course of puberty in girls and boys with autism.

Ultimately, we would like to be able to identify those who may be especially vulnerable to the changes that occur during adolescence so that we can best provide support and treatment to them.

BC: We do not yet know the answer. Previous research in typically developing adolescents suggests that a variety of factors, including body mass index, socioeconomic status, race and ethnicity, could contribute to earlier onset or even late puberty. We tried to control for as many of these factors as we could in our statistical analyses, and to see whether or not they impacted our findings. Thus far, the only one that was significant was body mass index: Higher body mass index was associated with more advanced pubertal development. But we cannot determine from our data whether that is a causal relationship, in one direction or the other.

We are in the process of exploring these factors. We will continue to follow the study participants over four years to examine other key aspects, such as the pace at which an individual goes through puberty.

S: How might the early onset of puberty affect autistic girls?

BC: Early pubertal onset can contribute to social withdrawal, because it creates a disconnect between an individual’s physical maturity and her social and cognitive maturation. Moreover, girls with autism who are physically more mature than their peers may feel even more socially isolated from others than usual.

S: How do your findings compare with previous results?

BC: Previous studies on pubertal timing have been somewhat mixed and often limited in scientific rigor. Nevertheless, the preponderance of the evidence has hinted at differences in pubertal timing in girls with autism, which we have now substantiated with our study.

S: What are the clinical implications of these findings?

BC: We need to better prepare, educate and support youth with autism during the pubertal transition. This is especially true for girls with autism who are showing earlier menses and breast development. For example, for the girls in the current sample who were menstruating, their age of menarche occurred on average 9.5 months earlier. We need to better prepare young women with knowledge of the physical, sensory and emotional changes they will experience and normalize these changes. We also need to recognize that youth with autism may benefit from psychological and sexual education about the many changes in adolescence.

S: What are the future directions of this research?

BC: The participants in this study are part of a longitudinal study in which we are following the cohort for four years. This will allow us to continue to examine pubertal onset, tempo and how timing relates to autism traits and factors related to risk and resiliency. It will also enable us to monitor the onset and trajectory of related mental health concerns, such as anxiety and depression, that often present and worsen during adolescence.