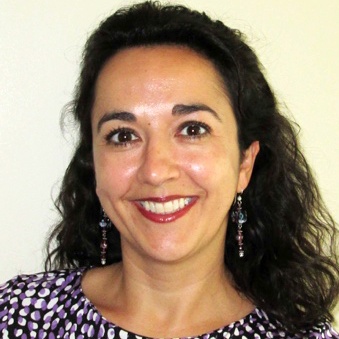 Verónica Martínez-Cerdeño
Professor, University of California, Davis
Sign up for Spectrum's newsletters
Thanks for subscribing!
The Expert:

Studying postmortem brain tissue from people with autism is critical to understanding the cellular and molecular changes associated with the condition. But this rare resource lacks diversity: Most brains donated to science come from people of Western European heritage.

Cultural and language barriers, plus the dearth of brain banks to store and fix the tissue in Hispano-American countries, contribute to the significant underrepresentation of Latin-American brains in postmortem brain tissue research, says Verónica Martínez-Cerdeño, professor of pathology at the University of California, Davis. She founded the Hispano-American Brain Bank on Neurodevelopmental Disorders to recruit donors from Spanish-speaking regions of North, Central and South America.

Martínez-Cerdeño spoke with Spectrum about her work to address brain tissue sample disparities and to promote autism research and advocacy in Latin America.

Spectrum: What led you to develop the brain bank?

Verónica Martínez-Cerdeño: When I started as a principal investigator, I wanted to work on animal models of autism. But when I read the research literature on autism, I realized we knew little about the anatomical changes that occur in the autism brain itself. So, I started doing work on postmortem brains and soon realized that the lack of brains was a big limiting factor for this type of studies. That’s why there are so few labs doing this kind of research and not many new researchers coming into this field.

To contribute to a solution to this problem, I decided to gather brains from people on the spectrum, specifically from a poorly represented population in brain banks: Hispanics. In Latin America, there are hardly any brain banks. I gathered researchers and clinician volunteers to put together a brain bank with brains gathered from different sites across different countries, including Mexico, Colombia, Puerto Rico, the Dominican Republic and the United States at the University of California, Davis and the University of Pittsburgh. The main site is here in California. So far, we have collected 150 brains, including 12 from people with autism, and many from people with other neurodevelopmental conditions, as well as from neurotypical people.

S: Why is it important to increase the diversity of the brains available for research?

VM-C: Most of the brain postmortem studies do not report race and ethnicity, and rarely include brains from Hispanic people. For a long time, researchers assumed that results from studies performed in white males are applicable to everybody, but this is not the case. We now know that race, ethnicity and sex play an important role in the development of disease and the way in which people respond to environmental factors and specific treatments. To properly understand neurodevelopmental conditions, it is really important to perform studies in a diverse pool of people.

S: What are some of the challenges in increasing the diversity of brain banks?

VM-C: What I’ve found working in brain banking is that Hispanic people are less likely to donate because of their cultural background. Most brain banks are located in the United States, Europe, Australia and New Zealand. However, there are no brain banks in Africa or Latin America. People in these areas have never heard about brain donation, so they have a harder time donating. That is why we also do outreach to educate people about how important it is to donate your brain to any brain bank — not just ours. Brain donation is important not only from people with neurological conditions, but also from neurotypical people. One of the problems I find is that, sometimes when studying a condition such as autism, you may find several autism brains, but you are not able to find good matching control — neurotypical — brains.

S: How do you work with potential donors?

VM-C: When a family contacts us about someone who has or is going to pass away imminently, a brain bank representative talks to them about what is going to happen. One of our advantages is that we are Hispanic ourselves, so we talk to them in their language and culture. We explain to them the type of research we do with the brains, and we get their signed consent, a process that depends on each country’s regulations. We help determine where the brain is going to be extracted, such as the hospital or a funeral home. The brain extraction is done in a way that is mindful of aesthetics. In the Hispanic world, it’s very important to have the body present for the funeral. We explain to the families that the brain will be extracted carefully so that no physical signs will be left behind — knowing that helps them feel more comfortable donating.

An important aspect of the process is unifying the diagnosis. The way autism is diagnosed varies from country to country. We gather the donor’s clinical history from the family and administer the ADI-R [Autism Diagnostic Interview-Revised] to the parents or caregivers, or a modified version of the CRIDI [Criteria Diagnostic Interview] in Spanish, which was designed by one of our researchers in Mexico. It is already widely used across Latin America.

S: What happens after you receive a donation?

VM-C: When we collect the brain, we divide it in half. One hemisphere is frozen and used for molecular and genetic studies, and the other half is chemically fixed for anatomical studies. Tissue is stored in a freezer or cold room until used for research.

S: What are the biggest challenges that you’ve encountered?

VM-C: Right now, it’s COVID. In most Hispanic countries, donation is not allowed at the moment, so we have slowed down since the pandemic started. Another challenge is understanding the bureaucracy in each country. Every country is different, and this is sometimes confusing and time-consuming.

S: You said that the brain bank is not only a tool for research. Could you expand on that?

VM-C: We are working a lot in the community, teaching many kids and the population about neuroscience and science in general. We are also establishing research and educational collaborations between countries. We are not just a machine for gathering brains. This is a cultural and research movement that is empowering research on autism and neurodevelopmental conditions in Latin America.