Beyond the bench: A conversation with Michael Gandal 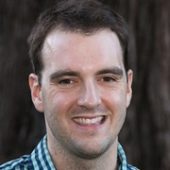 Michael Gandal
Assistant professor, University of California, Los Angeles
Sign up for Spectrum’s newsletters
Thanks for subscribing!
The Expert:

Michael Gandal’s commitment to autism research is a family affair: Even his son Eli, age 3 and a half, has put in time. When Eli was an infant, he enrolled as a control in a longitudinal study of siblings of children with autism; he periodically had his brain scanned and underwent behavioral testing until he was 3 years old.

“I’m sort of joking with my wife, ‘We can use this [data] as his third-grade science experiment,’ ” says Gandal, assistant professor of psychiatric and biobehavioral sciences at the University of California, Los Angeles. “We’re trying to bring him up being somewhat involved in science as much as he can.”

Gandal studies genetics to understand the biological underpinnings of autism and other brain conditions. He offers unusual advice on team building: Lock everyone up and have them work together to find a way out.

Michael Gandal: From the 10,000-foot vantage point, our work focuses on identifying and understanding the underpinnings of major neuropsychiatric conditions, including autism and schizophrenia. These conditions are often disabling, but to develop better treatments, we first need to understand how and when they arise. Because they tend to run in families, we use genetic and genomic tools to understand them better.

As a clinical psychiatrist, I’m also intent on bringing findings from basic science to the clinic by conducting proof-of-principle studies in people. Right now, we’re looking at how the activation of microglia — the brain’s immune cells — relates to cognitive and behavioral traits in autistic adults. So far, our results point to increased activity of these cells in people with autism. We hope our work eventually points to treatments that target microglia in the brain.

MG: Too many to name. But one person who comes to mind is Ben Barres. He did some truly pioneering work characterizing the brain’s basic building blocks — the major classes of cells and how they interact.

S: How much sleep do you get?

MG: I am a firm believer that sleep is a critical part of being productive. (Coffee helps, too.) Although I may not always get as much sleep as I like, I strive for eight hours.

S: Do you listen to music or podcasts (or white noise) while you work?

MG: I work in coffee shops that have music or background noise. In the lab, I often listen to my favorite band, Pink Floyd, or rock bands such as the Red Hot Chili Peppers.

S: Tell us your favorite story from a research conference.

MG: One of my favorite scientific experiences was not at a conference but at a summer course in neurobiology at the Marine Biological Laboratory in Woods Hole, Massachusetts. We swam in the bay around the lab at night; we were surrounded by bioluminescent jellyfish that light up the water as you swim past. This was actually where green fluorescent protein was discovered, for which the Nobel Prize in Chemistry was awarded in 2008.

MG: Along with my 3-year-old son, I am deeply immersed in “The Octonauts,” a series about a crew of animals that live under the ocean in an ‘Octopod’ and take part in undersea adventures.

MG: I have found Twitter to be a very informative place for scientific discussion, particularly in genomics.

S: Does your lab have any traditions?

MG: We do an ‘escape room’ exercise in which my lab members are locked in a room for an hour and have to solve a series of mini-puzzles to get out of the room. This year, our mission was to steal a secret bill hidden in the ‘office of a U.S. senator’ that the senator was planning to bring before Congress.

It was a Dan Brown type of situation where there’s all this dark, illuminati-like stuff. For instance, you hit a switch and a black light turns on, illuminating a secret pagan map on the wall that points you to an attached dungeon — a clue to one of the puzzles. I’ve only had a lab for a year, so we’ve done it ‘every’ year. I think it’s a fun team-building thing, and it gets everybody working together in a setting outside the lab.