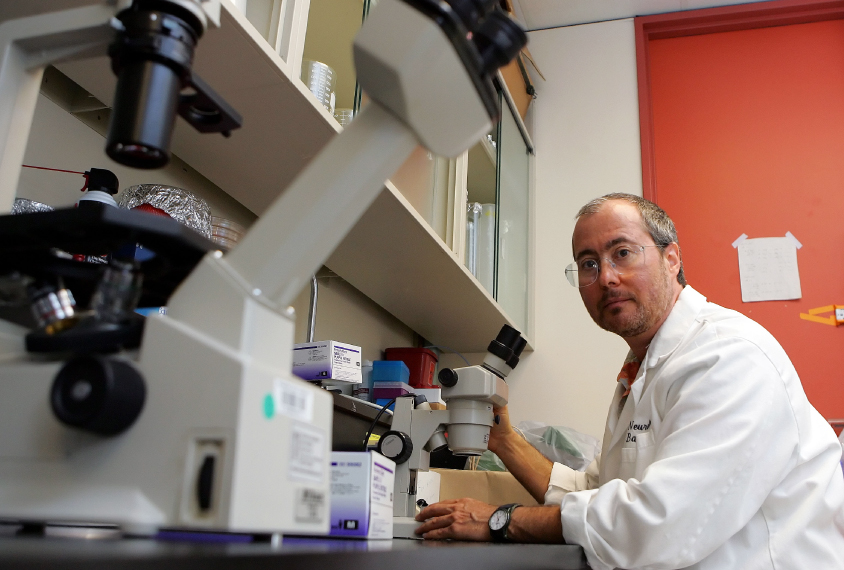 In 1997, a Stanford University neuroscientist wrote a letter to his colleagues. He signed the letter with his birth name, Barbara Barres, but made it clear that from now on he wished to be known as Ben. “Whenever I think about changing my gender role, I am flooded with feelings of relief,” he wrote.

“I hope that despite my trans sexuality you will allow me to continue with the work that, as you all know, I love,” he concluded his letter.

To Barres’ great joy, his fellow scientists responded with unwavering support. What they didn’t know was that he’d been unable to sleep for a week as he mulled whether to transition to male or commit suicide. His new autobiography — published, sadly, after his death last year from pancreatic cancer — testifies to his personal courage on two fronts: first, as a dogged investigator of glia, the brain’s most numerous cells, which many had written off as purposeless; and second, as an advocate for female and gender-nonconforming scientists.

An intense and sagacious child, Ben Barres — born Barbara — decided he wanted to be a scientist before reaching his 5th birthday. He favored microscopes and chemistry sets over dresses and jewelry. By college, it was clear his genius was equal to his dedication. He earned prestigious scholarships that helped fund a biology degree at the Massachusetts Institute of Technology (MIT), then went on to tackle a medical degree at Dartmouth College in Hanover, New Hampshire.

The early challenges Barres faced often stemmed from appearing female in a male-dominated field. When he was the only person in an MIT class to solve an artificial-intelligence problem, the professor scoffed and insisted his boyfriend must have done the work. As Barres deflected such slights, he began to confront the growing knowledge that he was a man living in a woman’s body — something he felt no one else would understand. “I was too confused to talk with anyone about it or to have any idea what to say,” he writes.

His distress wasn’t enough to derail his career. Pulling 18- to 20-hour workdays in the lab fulfilled him and kept his identity issues at bay. When he set up his first lab at Stanford in 1993, he jumped into a project he’d begun while completing his Harvard University neurobiology doctorate: figuring out the function of glial cells.

The traditional belief was that glia were the neural equivalent of ‘junk DNA’: they took up space in the brain and served no well-defined purpose. But over time, and despite a series of grant rejections, Barres and his collaborators discovered there was much more to the story. Glia not only convey a variety of signals to neurons, they also control the formation of synapses, the crucial junctions between brain cells.

Barres’ description of his research sometimes feels too in-the-weeds for a lay reader; certain sections of text are replete with so many acronyms they need a decoder key. But sprinkled in are some crystalline descriptions of his biggest contributions and why they matter. His lab purified a specific type of glia, A1 astrocytes, and discovered that they secrete a toxin that drives degenerative processes in the brain. Thanks to that finding, they developed an experimental drug that blocks the formation of these glia — a drug with the potential to treat conditions such as Huntington’s disease, Alzheimer’s disease and Guillain-Barre syndrome, which causes paralysis.

Barres’ scientific quest continued to hurtle forward after he came out as Ben. But his transition did cause some unexpected ripples, revealing as nothing else could the barriers that stand in the way of women scientists. During his decades as Barbara, Barres had known what exclusion felt like, but he was unprepared for the drastically different treatment he got once he presented as a man.

All of a sudden, fellow researchers began addressing him more collegially. “It was only changing sex at the age of 40 and experiencing life from the vantage of a man that I finally came to be fully aware of these barriers,” he writes. “People who don’t know I am transgender [now] treat me with much more respect. I can even complete a whole sentence without being interrupted by a man,” Barres wrote in a Nature commentary in 2006. After Barres gave a talk as Ben, he heard an audience member remark, “Ben Barres gave a great seminar today, but then his work is much better than his sister’s.”

Having inhabited both gender roles, Barres brings singular perspective to the question of how to create an even playing field for female and transgender scientists. After his transition, he tangled with Larry Summers, then president of Harvard, over whether women are inferior to men in scientific aptitude. He also lobbied for the U.S. National Institutes of Health to strengthen rules protecting female scientists from sexual harassment. “I really don’t care what other people think of me, and I really couldn’t care less who I piss off,” he wrote to Nancy Hopkins, his colleague at MIT. “That’s the virtue of tenure, isn’t it?!” Given the new surge of traditionalism with a scientific veneer — the argument of some rabble-rousers that gender inequity is not just established fact, but here to stay — Barres’ brand of activism feels urgent and timely.

Barres’ most lasting legacy, however, may be his dedication to truth in an increasingly truth-averse era. Despite his fear that he could lose the neuroscience career that had taken him so long to build, Barres decided that presenting as his real self trumped that concern (which, especially in the 1990s, was a significant one). His decision, in the months before his death, to record his struggles and triumphs means he will continue to inspire seekers in uncharted territory — scientific and otherwise. “I lived life on my terms,” Barres told his friend Andrew Huberman just before his death.

“I have zero regrets and I’m ready to die,” he added. “I’ve truly had a great life.”

This story originally appeared on Undark. It has been slightly modified to reflect Spectrum’s style.