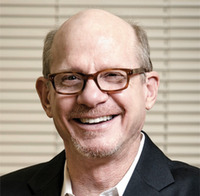 A study published recently in the widely read clinical journal Radiology correctly identified 36 out of 39 children and adolescents with autism solely by the use of functional magnetic resonance imaging (fMRI)1. The researchers reported that as the subjects listened to their parents’ voices, those with autism had lower brain activity in the superior temporal gyrus, a brain region involved in language reception, compared with controls.

Although this finding makes sense, we should be cautious about its interpretation. This is not an autism-detecting brain scan. Language deficits are a core and defining feature of the disorder; one doesn’t need a brain scan to show this. And there are many people with language difficulties who do not have autism. Therefore, a technology that detects language problems doesn’t move the ball towards a differential diagnosis.

To diagnose autism reliably, we need to better understand what goes awry in people with the disorder. Until its solid biological basis is found, any attempt to use brain imaging to diagnose autism will be futile. I agree with my colleagues who have said that any candidate biomarker for any disorder is of no clinical use unless we first establish a stable and biologically valid concept of the illness2.

During the 70 years since psychiatrist Leo Kanner originally observed and named autism, its diagnostic criteria (see ‘Redefining autism’, page S12) have not included any biological measurements. Elevated blood level of the neurotransmitter serotonin is its only candidate biological marker to date, but it is hardly specific to autism. For instance, tumours in the gastrointestinal tract and recreational drug use also increase blood serotonin.

Given this absence of a simple physical test for autism, it’s tempting to think that a 5- or 10-minute brain scan can do the trick, by quickly and accurately identifying something distinctive in the brain of an individual with autism. But we don’t yet know its biological underpinnings, and we cannot expect brain imaging to diagnose autism without that a priori biology. To believe otherwise is to place false confidence in technology3, and potentially to mislead or even harm affected individuals, their parents, families and communities.

Brain imaging does of course have a place in autism study. While it has little if any diagnostic utility at present, this technology has already helped us understand the disorder. Volumetric MRI has shown us that about one in five children with autism has an early abnormal enlargement of the brain that tends to stabilize during the first 18 months of life4, 5. Functional MRI has helped us learn where people with autism focus during social interaction, or when watching films with intense social content. Positron emission tomography (PET) has begun to show us differences in the distribution of serotonin and dopamine receptors — and of the evolving roles of serotonin throughout life — in the brains of people with autism compared with typical controls. Indeed, if the underlying autism pathology puzzle is solved, PET may provide some guidance as a marker of drug effectiveness. Similarly, magnetic resonance spectroscopy may eventually prove helpful in treatment studies. For instance, it may help quantify differences between the neurotransmitters glutamate and gamma-aminobutyric acid (GABA) in people with autism and those with schizophrenia.

A correct diagnosis of autism often benefits an individual. A false diagnosis can do harm. It is therefore essential — but unfortunately rare — to publish the positive predictive value of a proposed test (the proportion of correct diagnoses among all diagnoses). One of my own autism studies offered an MRI-based classification algorithm (not diagnostic) with the highest overall ability to date, having 90% positive predictive value6. But, like other such studies, mine was limited by small sample and effect sizes and requires external replication.

What individuals with autism and their parents urgently need is for us to conduct large, long-term, multicentre studies to identify physical features unique to the brains of individuals with autism. We should pay particular attention to differences in genetics, physiology, immune challenge profile, neurochemistry and brain connectivity between individuals with autism, those with other developmental disorders, and typically developing individuals. These studies need to enrol patients across the entire spectrum, and should use existing reference imaging databases of typical brain development.

No one has conducted a study of this magnitude or potential authority, and reductions in research funding make it a tough sell. Yet because autism is an individually heterogeneous disorder, it is only in this way that we can achieve the goals of a future ‘stratified psychiatry’2. This term refers to a newly proposed system for all psychiatric disorders in which homogeneous subgroups of individuals are defined by dimensional combinations of biological and behavioural features — such as an altered neurotransmitter pattern and a history of major depression — rather than by categorical criteria.

Autism prevalence worldwide is rising rapidly. In the United States, prevalence jumped by 78% between 2002 and 20087. Larger numbers and solid biology may mean, however, that we can power our studies with enough participants to find reliable, sensitive and specific markers of the disorder with clinically acceptable predictive value, and improve the lives of people with autism.