Lessons from an obscure tumor 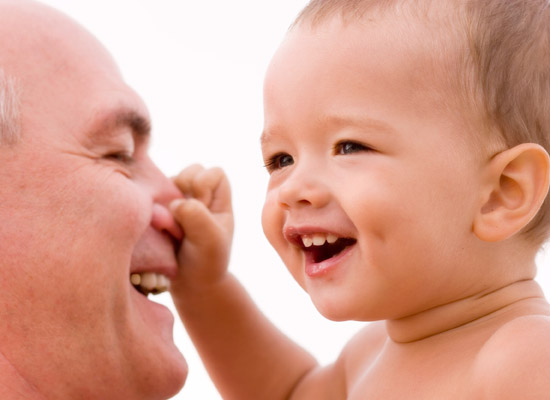 Are older men more likely to have a child with autism?

Studies published in the past few years have offered evidence both for and against this hypothesis, some arguing that it is the mother’s age that determines the real risk.

Wherever the chips may fall in autism’s case, there are well-established paternal age effects in other, less common, diseases. A new paper in Nature Genetics offers a compelling explanation for how these effects might arise, and it involves a kind of tumor you’ve probably never heard of.

The best-documented paternal age effects are those for a series of related congenital disorders, including achondroplasia, a common cause of dwarfism. Interestingly, all of the mutations underlying these disorders are involved in the same growth factor–dependent signaling pathway, which includes the FGFR and RAS gene families.

Andrew Wilkie and colleagues had previously suggested that mutations in these genes in sperm might promote the development of testicular tumors. These tumors would then serve as a reservoir for the mutant sperm, and transmit the mutations to the next generation.

When the researchers did an initial search for such mutations, they came up empty. But when they examined a poorly studied type of germ-cell tumor called a spermatocytic seminoma, which is more common in older men, they found that mutations in the genes are more frequent in the tumors; the older the man, the higher the mutation rate.

These mutations are ‘good’ for the germ cells — they provide a selective advantage by enabling them to divide more often (hence the tumor) — but cause devastating disease in the next generation.

Here’s the kicker. The authors suggest that weaker mutations in any number of other genes might also be piling up in these tumors. The mutations would confer a smaller but still significant advantage on the sperm, possibly contributing to subtle paternal age effects in cancer and other complex diseases.

Would this include autism as well? We don’t know, but this is eminently testable. We can expect a lot of DNA sequencing in the near future to see if any of the genes already implicated in autism are frequently mutated in these unheralded germ cell tumors.