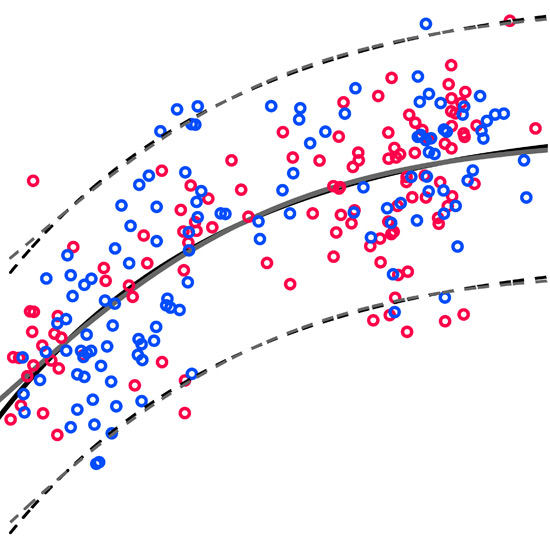 Based on a paper published on Friday in Science, the media reports speculated on the study’s implications for autism. That may be true several years down the line, but I’d say it’s a pretty big exaggeration of the actual findings.

Don’t get me wrong, the study is very cool: by scanning the resting brain activity in 238 people aged 7 to 30, researchers at Washington University in St. Louis mapped how a healthy brain matures over time. It turns out that, with age, certain long-range connections become stronger and some short-range connections weaken. Based on these patterns, the model can predict the age within about two years of any random sample.

The mathematical methods are robust enough that the model makes fairly accurate predictions about ages as young as 7 years. But that’s where their ability ends, at least for now. As investigator Steve Petersen told me, the study is mainly a proof-of-principle for the statistical technique. “This has essentially zero to say about autism based on this data,” he says.

That’s because researchers are just beginning to gather data from infants and young children. Many groups are working on it because the experiments are relatively simple: children have to lie in the scanner for only about five minutes, and don’t have to do any tasks while they’re in it.

The technique’s clinical usefulness will depend entirely on what these data show. For example, if many types of developmental disorders show similarly immature connectivity before age 7, then the method may not prove to be specific enough for diagnosing autism.

“You could imagine in a small number of years it being useful for pre-diagnosing things like autism,” Petersen says. “On the other hand, it could just be a big floppo.”