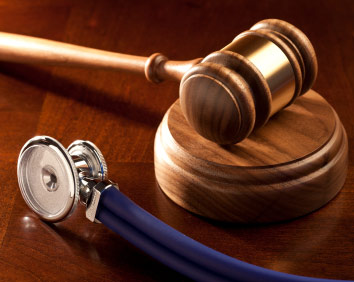 A couple of weeks ago, I attended a public discussion about the future of genomics at the American Museum of Natural History in Manhattan. My favorite part of the evening was when Paul Billings, chief medical officer at Life Technologies, pulled out of his pocket his company’s latest genome sequencer: a square chip, about the size of a quarter. Next year, he said, researchers will be decoding whole genomes with this device for about $1,000 each.

For most researchers, the rise of whole-genome sequencing is old news, and so are its potential pitfalls. The sheer volume of data will be difficult to store and, at least for a while, impossible to interpret. Then there are those frightening scenarios of how your genetic information might be used against you that routinely make it into headlines and Hollywood blockbusters.

But one aspect that is rarely discussed is that the rise of whole-genome sequencing may well result in a deluge of lawsuits against doctors. That’s the sobering prediction by two lawyers in an essay published25 November in the online magazine Slate.

These lawyers acknowledge the enormous potential benefits of the technology. For a handful of individuals with rare diseases, whole-genome sequencing has uncovered mutations that led to life-saving treatments.

But when genome sequencing becomes inexpensive enough to go mainstream, doctors, not genetic counselors or geneticists, will be the ones interpreting the data. Few doctors are trained in genetics and almost none of them have the expertise to calculate or convey disease risks based on sequencing data.

I can imagine any number of unfortunate ways this could play out. Let’s say a parent brings a toddler with developmental delays into a clinic and requests a whole-genome screen. The doctor doesn’t see any major mutations among the results, and tells the parent there’s nothing to worry about. Based on that advice, the parent decides against expensive early behavioral therapy.

But the doctor missed a common, single-letter blip in the CNTNAP2 gene, which increases the risk of autism. When the toddler develops the disorder a few years later, the parent sues the doctor.

Even doctors who want to avoid these scenarios and eschew genome screens could become liable, according to the lawyers. If a doctor misses a diagnosis because he or she didn’t test the child’s genome, that could be considered malpractice.

In 2007, for example, a Florida jury made a doctor pay more than $20 million in damages for not recognizing Smith-Lemili-Opitz syndrome, a rare genetic disease, in a child with birth defects.

One obvious, if challenging, solution is to train medical students in genetics, statistics and risk analysis. But how basic genetic research is publicly reported matters, too. Researchers would be wise to remember — when writing scientific papers, giving lectures and talking to journalists — that ultimately, their findings may be used, abused or neglected in the clinic.