For people with autism, time is slippery concept 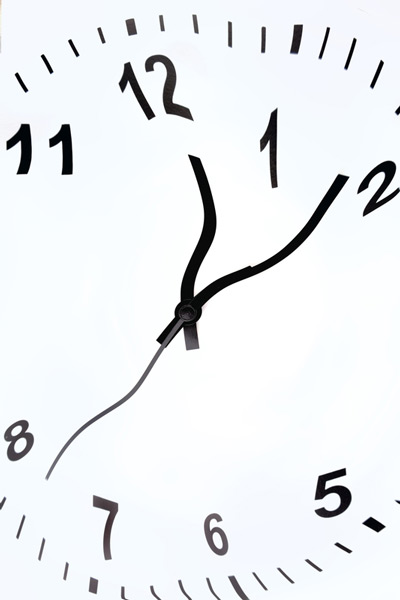 One of my three sons has an autism spectrum disorder, and another has a diagnosis of attention deficit hyperactivity disorder. These two boys are so behaviorally similar, though, that we’ve often wondered where one diagnosis ends and another begins.

One area of overlap is their sense (or lack thereof) of time and timing. They both show delays in responding to spoken questions or requests. When their peers learned to tell time in elementary school, they were completely at sea, unable to instinctively comprehend the passage of time. Even now, in their adolescence, the question “What day is it?” is frequent, as is “What are we having for lunch?” within an hour of having had lunch.

These differences in time perception are probably familiar to many people with autism and their families. And studies are increasingly confirming what we can relate anecdotally. The most recent, published 30 July in Autism Research, found that people on the autism spectrum have an impaired sense of time.

The researchers asked 27 children with autism and 25 controls, all aged 9 to 17 years, to gauge how long a light bulb glowed. Sitting in front of two bulbs, each participant first saw one bulb light up for 4 to 20 seconds and then pressed a computer key to make the second bulb light up for the same amount of time.

Because attention deficit — a common feature in autism — may affect time perception, the researchers also asked parents to complete a questionnaire on their child’s levels of inattention and hyperactivity. They also measured each participant’s short-term, or working, memory, defined as the ability to recall very recent events, using a standard test for intelligence quotients.

They found that children who have a poor working memory are less able to consistently recreate time intervals, and this association is more pronounced in children with autism. However, attention deficit does not appear to affect performance on the task.

Their findings agree with those from several previous reports, including a 2010 study that found that people with autism are less accurate than controls at assessing the length of a tone.

This tendency may be significant beyond wondering what day it is, and may relate to the ability to distinguish day from night. Some research points to the relevance of clock genes, which regulate sleep, memory and innate timing, in autism. For example, mutations in two circadian genes, NPAS2 and PER1, have been linked to autism.

Consistent with this, children with autism often struggle with sleep. PER1 has also been linked to Alzheimer’s disease, another condition characterized by disrupted short-term memory and time perception and severe sleep problems.