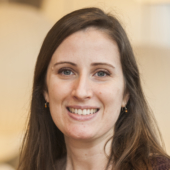 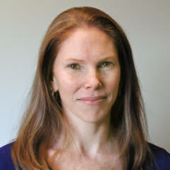 Sara Jane Webb
Professor, University of Washington
Sign up for
Spectrum's newsletters
Thanks for subscribing!
The Experts:

Children with autism have problems with social communication. Some researchers suggest that these problems are related to low social motivation — that is, they tend not to prioritize social information or to take pleasure in social interactions1. As a result, this model suggests, they have trouble developing the skills necessary for engaging socially with their peers.

Our work suggests a significant other set of factors: In our experience, many children with autism are socially motivated and genuinely want to develop relationships. However, other factors can get in the way of turning that social motivation into social success.

Among the most prominent of these factors is a key autism trait: emotional and behavioral dysregulation. As autistic children get older, the vast majority have clinically significant anxiety, depression and other emotional problems.

Consider, for example, a child who eagerly approaches her peers in the classroom or the playground but is prone to lashing out when someone cuts in line, a toy breaks or things don’t go as planned or hoped. Such flare-ups may seem unpredictable and erratic to neurotypical peers and could cut short social interactions and burgeoning friendships2.

Or imagine that the child is socially motivated but experiences significant anxiety. The anxiety is likely to interfere with the child’s desire to approach her peers, which would curtail social interactions and limit opportunities to practice social skills. Over time, this child would fall behind her neurotypical peers in social skills and relationships, and the isolation would reinforce her anxiety.

Given the magnitude of these difficulties in autistic children, we propose that the difficulties interfere with their social interest and ability — in some cases undermining significant social motivation. Addressing these behavioral and emotional challenges directly may pave the way to social success for these children.

Understanding the interaction between social and emotional factors in autistic people is important. It supplies important context for studies ranging from the genetics of the condition to how differences in brain function relate to behavior. It is also relevant to the type of support clinicians provide to a family.

To learn more about this interaction, we looked at parents’ responses on behavioral checklists for more than 2,000 autistic children, 6 to 18 years old. We used the checklists to assess the children’s social motivation and emotion-related traits, including anxiety, irritability, aggression, difficulty with attention and self-injurious behavior.

Our results, published this year, reveal that two out of three autistic children had enough difficulty in at least one of these areas to meet the threshold for clinical evaluation. Another 10 percent struggled with emotional concerns in more than one form3.

From these results, we conclude that although being socially motivated may be a precondition for social success, it is not enough. To be successful socially, children with autism also need to have good emotional regulation.

We also found sex differences among the children with average or high intelligence: Irritability and aggression seem to carry negative social consequences for girls, whereas anxiety, depression and attention problems have a big impact for boys.

We do not know the reason for this discrepancy. Because these particular forms of dysregulation run counter to sex-based expectations — girls acting aggressively, for example — their peers may be likely to notice them and judge them harshly, and this may harm their social opportunities.

The emotional problems most of the children have are not severe enough to warrant a mental health diagnosis. This suggests that aggression, irritability and anxiety can interfere with social engagement even when they do not meet the threshold for clinical intervention.

Based on these findings, we believe that even children with mild emotional difficulties would see social as well as emotional benefits from therapy. Giving children with autism a set of tools for regulating their emotions can augment their social skills — and widen their social circle — by giving their hope for camaraderie a chance to shine.

Emily Neuhaus is research fellow and clinical psychologist at Seattle Children’s Hospital in Washington. Sara Jane Webb is professor of psychiatry and behavioral sciences at the University of Washington in Seattle.