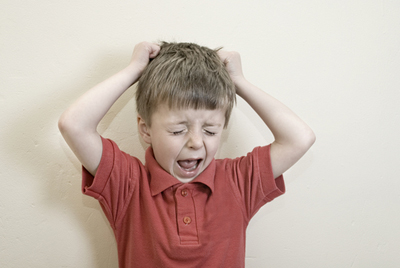 Cultural factors may explain why attention deficit hyperactivity disorder (ADHD) is diagnosed less frequently in the U.K. than in the U.S., and autism, which has genetic links to ADHD, is diagnosed more frequently, suggests a new study published 30 May in the Journal of Autism and Developmental Disorders.

About 1 in 58 children in the U.K. have been diagnosed with autism, 1 in 71 with ADHD and 1 in 300 with both conditions, according to a U.K. survey of more than 13,500 children at age 7. The survey is part of the Millennium Cohort Study, which has followed about 19,000 children from different socioeconomic groups since their birth.

This rate of autism, 1.7 percent, is higher than the 1.1 percent prevalence reported by a 2012 study of children in the U.S. The prevalence of ADHD, on the other hand, 1.4 percent, is far lower than the 6 percent in American children reported in other studies.

The numbers add to a debate on whether the divergence is due to cultural differences between the U.S. and the U.K., differences in diagnostic criteria, a true difference in prevalence or measurement error. For example, some scientists have suggestedthat doctors and parents in the U.K. are more loath to diagnose ADHD and medicate children for it than those in the U.S.

In their new study, the researchers note that because the diagnostic criteria for ADHD are “more stringent” in the U.K. than in the U.S., children with hyperactive behavior and social problems may be more likely to be diagnosed with autism than with ADHD, potentially explaining their results.

Measurement error is also a real possibility: The survey relied on parents’ recollection of their children’s diagnoses, rather than on medical records. Other factors may include growing awareness of autism in the U.K., broader diagnostic criteria for autism, and diagnosis of children at younger ages than before.

Ultimately, any study can provide only a rough estimate of the prevalence of these disorders. Scandinavian countries that track their citizens’ health from birth are providing some of the most reliable analyses of prevalence and risk factors for autism.

It’s important to clarify whether the U.K.’s lower rate of ADHD diagnoses stems from cultural differences or from real differences in risk factors, the researchers say, in order to avoid missing children who need care.