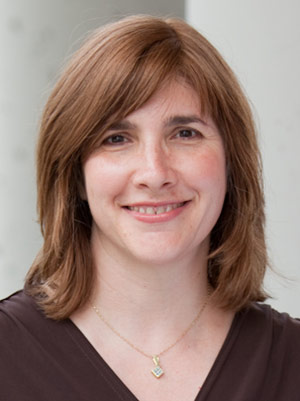 When I evaluate children for neurodevelopmental disorders, I start with a simple question: If you had three wishes, what would they be? The children’s answers run the gamut from toys to world peace. But if I were to ask that same question of a parent whose child has autism, I know exactly what I would hear: I wish my child didn’t have autism.

Our multidisciplinary team at the Children’s Evaluation and Rehabilitation Center in New York City has the opportunity to diagnose autism early and help children and families access interventions to improve social and developmental skills. We follow these children over time. And every year, a few of them come back having made extraordinary gains. Some no longer meet the criteria for autism.

These cases are rare, but not unheard of. A search of our clinical database reveals that 38 children out of 569 diagnosed with autism during a 10-year period — roughly 7 percent — lost their autism diagnosis. And our program is not alone in this finding.

Last summer, The New York Times Magazine ran a cover story entitled “The Kids Who Beat Autism.” The article highlights research by Deborah Fein involving a group of children who have achieved what Fein refers to as an ‘optimal outcome.’ For a nation in the midst of an ‘autism epidemic,’ and for parents facing the day-to-day challenges of raising an affected child, the possibility of autism melting away is a hopeful thought.

But in my experience, many of the children whose autism symptoms subside continue to struggle with daily life. Although all 38 of the children who outgrew their diagnosis in our program now have acquired normal cognitive abilities, they continue to contend with language problems, learning disabilities, attention deficit hyperactivity disorder, mood symptoms and anxiety.

Only three of the children have no learning or psychiatric problems, and most need continued educational support. A study published last month in the Journal of Neuropsychiatric Disease and Treatment found that most children who ‘recover’ from autism by age 6 still struggle with attention, language and social situations at age 10.

After presenting the findings from our program at the Pediatric Academic Societies meeting on 26 April, I was approached by two parents who described the lingering challenges for their children. From these conversations — and the many emails I have received from other parents since — I gather that the overwhelming response to having a child outgrow their autism diagnosis is relief, regardless of any lasting deficits.

Parents also express gratitude that an early diagnosis, careful intervention and luck have given their children a better chance in life. The needs that remain are not insignificant, but they’re manageable, they say. For this small group of parents, their wish has been granted.

Lisa Shulman is director of the RELATE program at the Albert Einstein College of Medicine and The Children’s Hospital at Montefiore in New York City.