Are brain disorders a prerequisite for ‘normal’ evolution?

Last month, in her Viewpoint for SFARI.org, Anne Goriely discussed how mutations in the sperm of older men may lead to the observed increased risk of autism in their children.

As part of her argument, Goriely also offered a provocative working hypothesis: that “mutations associated with autism and schizophrenia are part of a ‘normal’ process that produces functional genetic variation at each generation — an essential prerequisite to the evolution of a species.”

We checked in with four experts for their perspectives on this thought-provoking theory and how to test it, as part of our new discussion series, Cross Talk.

A man’s biological clock ticks, too 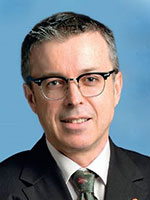 Professor of Epidemiology and Developmental Neurobiology, University of Queensland

A new evolutionary framework? “Are there evolutionary components to this theory? Some years ago my colleagues and I proposed that age-related mutagenesis may result in the ‘decanalization’ of brain development, [or the inability to stabilize evolutionarily]. In short, organisms develop along preferred developmental trajectories. Brain structures that emerged more recently in our species, such as the expanded neocortex, may be more vulnerable to decanalization because there has been insufficient time to evolve buffering capacity.”

Public interests: “What are the public health implications of these findings? Should we be warning prospective parents to avoid delayed fatherhood? Alas, we need more comprehensive population-based data to allow us to make recommendations. Also, there are many pathways that link maternal and paternal age with brain outcomes in the children. Not all of these pathways are linked to age-related mutagenesis.”

A biological clock for men: “We do need to let the general community know about the science linking paternal age and risk of disorders like schizophrenia and autism. This issue is now on the public health radar — the biological clock also ticks for men!” 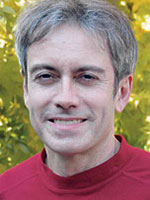 Supporting evidence: “Any role for effects of such mutations in autism is currently speculative, especially because only Apert syndrome has been well demonstrated to be mediated by such mutations. Even more speculative is a role for environmental effects in such de novo mutations. It would certainly be worthwhile, however, to conduct genome-sequencing studies of sperm from young and old males, to characterize the mutational spectrum differences between them and see how well they match the differences between individuals with and without autism.”

Lessons from cancer: “The links between cancer biology and autism are also worthy of more attention — see for example my recent paper on ‘Autism and cancer risk‘ in Autism Research. Investigating such links further is especially likely to be useful because so much is known about cancer, and therapies for combating it.”

A father’s life versus a mother’s womb 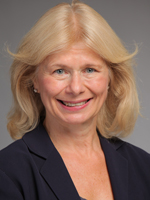 Anita and Joseph Steckler Professor of Psychiatry and Environmental Medicine, Director of the Institute for Social and Psychiatric Initiatives, New York University

A bold prediction: “I believe that the exposures over the life course of the man will prove to be as crucial to birth outcomes as those over the pregnancy.” 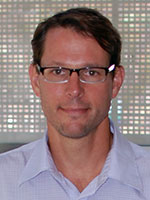 Non-linear effects: “Anne Goriely and others’ work shows that for certain monogenic disorders, such as achondroplasia and Apert syndrome, the incidence of the disease in offspring increases exponentially in relation to the father’s age. This non-linear effect can be explained by ‘selfish’ spermatogonial cells that, after acquiring the disease mutation, begin to expand rapidly in the testes.”

Multiple mutations: “How does this relate to the paternal age effect observed in autism? Almost certainly it does to some extent, but we must keep in mind that autism can be caused by mutations in several hundred different genes. The tendency of a mutation to proliferate in such a fashion will vary greatly from one gene to the next.”

Gradual accumulation: “Given that de novo germline mutations at many sites in the genome are associated with autism, it is completely logical to infer that any factor that can influence the rate of germline mutation will influence risk for autism in offspring. Much of the effect of paternal age on disease risk can probably be explained by the gradual accumulation of mutations. Predictions to this effect were made by Lionel Penrose in 1955. These predictions have now been experimentally tested by our group and by Auggie Kong’s team.”

Mutation rate: “The children of an average 40-year-old man would have roughly twice as many mutations as the children of a 20-year-old man, but they would continue to accumulate at a constant (linear) rate. The total number of mutations in sperm would not double every 20 years. The paternal-age effect on the global mutation rate is remarkably similar to the effect of paternal age on autism risk: a twofold increase in risk for men over 40. In my view, the data overall are more consistent with the ‘mutation rate’ hypothesis than a ‘selfish sperm’ hypothesis.”

Cross Talk is a periodic discussion series that invites a diversity of reactions from the research community to new findings and hot topics in the field. Suggest future discussion topics here.