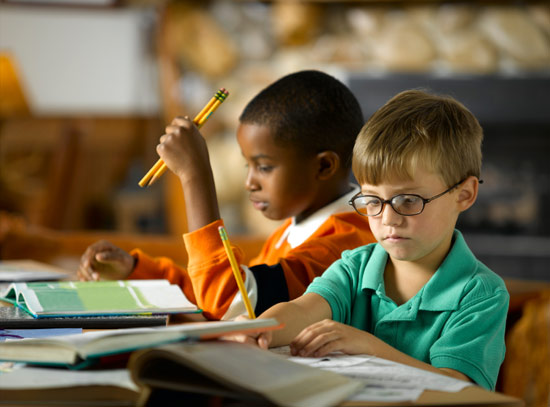 In the 1970s, my small Catholic school had two tracks, called ‘Group 1’ and ‘Group 2.’ No one told us what distinguished the children in the two groups, but we all knew anyway: Group 1 had good students, and the children in Group 2 tended to get into trouble or need extra help.

I was in Group 1, and so were most of my geeky, nerdy friends. Some of the most popular children in the school were in Group 2. Many of them, like my brother, were smart and funny, but they also had trouble sitting still and getting organized.

All these years later, I wonder how many of those children were suffering from undiagnosed learning disabilities such as dyslexia, or developmental disorders such as attention deficit hyperactivity disorder (ADHD).

New figures from the U.S. Centers for Disease Control and Prevention (CDC) show that 15 percent of all American children aged 3 to 17 are diagnosed with some kind of developmental disability.

ADHD prevalence rose 33 percent between 1997 to 2008, according to the new report, which is based on an annual survey by the CDC’s National Center for Health Statistics.

Parents insured by Medicaid report twice the level of developmental disabilities in their children compared with those who have private insurance. Prevalence of ADHD and learning disabilities — at least as reported by parents — are lower among Hispanic children than in other groups.

Studies have shown that autism diagnoses rise in tandem with awareness. A new Israeli study has found, for example, that autism rates are three times higher in children born in 2003 compared with those born in 1986. The steepest rise occurred from 2000 to 2005.

Probably not coincidentally, the Israeli parliament passed a law in 2000 allowing children diagnosed with autism before age 3 to be admitted to early intervention daycare centers. The law also gives families access to family support centers, hostels and even organized vacations.

This trend may be true for other disorders as well. A generation ago, there was no treatment strategy for fidgety kids with attention problems (i.e. ADHD), for example. Today, there are more medications and behavioral interventions than you can shake a ruler at.

I can still remember my father sitting at the dining room table with my brother at the start of each school year, labeling his folders and saying, “Boy, this year we’re going to get you organized.” We laugh about it now, but it’s no joke that the Group 2 children, most of them boys, grew up thinking they were stupid.

Many people are profoundly unsettled by the increased prevalence of many developmental disorders, autism included. I certainly support research into factors that might drive this increase. But I’m slowly becoming convinced that what we are really observing is something closer to the true prevalence of these disorders.