Does vitamin use in pregnancy alter autism risk? Maybe, maybe not 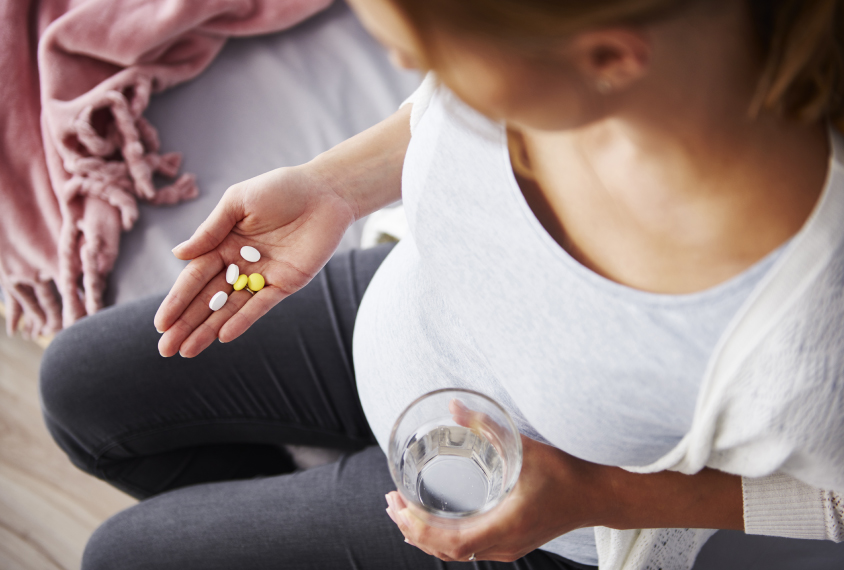 Link in limbo: Some studies show decreased odds of autism in the children of women who take prenatal vitamins.

Women who take prenatal vitamins during the first month of pregnancy are half as likely as those who do not to have a child with autism, a new study suggests. The results were published Wednesday in JAMA Psychiatry and picked up swiftly by the mainstream press1.

But the reality, experts say, is more nuanced: The study did find an association between the supplements and autism, but it is small and was not set up to look for cause-and-effect relationships.

Prenatal vitamins are important for brain development, and some studies have found decreased odds of autism in children born to women who took them in early pregnancy2. The new study tracked pregnant women who already have a child on the spectrum, so its results suggest that vitamins lower autism recurrence in a family.

But women who take prenatal vitamins early in pregnancy may engage in other behaviors, such as eating healthily, exercising and avoiding certain harmful substances, that might lower their chances of having an autistic child.

Given the small sample size and the many possible confounding factors, “I would not conclude that early use of prenatal vitamins is likely to prevent [autism] recurrence,” says John Constantino, professor of psychiatry and pediatrics at Washington University in St. Louis, who was not involved in the study. Still, he says, the findings should be followed up.

“Follow the recommendation, but don’t go overboard,” she says.

Schmidt and her colleagues analyzed data from the MARBLES study, which follows pregnant women who already have at least one child with autism. These women are up to 20 times as likely as those in the general population to have another child with the condition. In phone interviews during their pregnancy, 241 of the women reported their monthly intake of prenatal vitamins in the six months before conception and throughout pregnancy.

“It’s a well-designed study, in that the information about prenatal vitamin usage was collected prospectively,” says Lonnie Zwaigenbaum, professor of pediatrics at the University of Alberta in Edmonton, Canada.

Only 87 of the women reported taking prenatal vitamins before conception. About half took them during the first month of pregnancy, and almost all took them from the second month on.

When the children were 3 years old, the researchers diagnosed 55 of the 241 with autism. The team classified 60 others as having atypical development, based on their scores on an autism assessment or cognitive test.

Because almost all the women took prenatal vitamins by the second month, the researchers were not able to look for meaningful links between autism and the supplements after this point. But other studies have also observed that the link is strongest in early pregnancy — a key period for brain development.

The researchers collected information on various factors that might explain the women’s use of the vitamins. Those who took the vitamins in the first month of pregnancy tended to have at least a college education, to own their own homes, to have private health insurance and to have had an intentional pregnancy. The analysis did not adjust for all of these factors, so some of them may have contributed to the lowered autism risk.

It’s not clear precisely how prenatal vitamins might influence autism risk. It’s also unclear which nutrient in the supplements is most beneficial.

Some studies have linked a lack of folic acid, iron or vitamin D to autism. Schmidt and her colleagues estimated folic acid and iron intake from the supplement brands the women reported taking, and they found that children born to women who consumed the most folic acid show the greatest decrease in autism risk.

The team is analyzing blood from the placenta and umbilical cord from each pregnancy. They aim to study certain chemical tags on DNA that influence gene expression, because folic acid is a rich source of the carbon atoms in these tags.