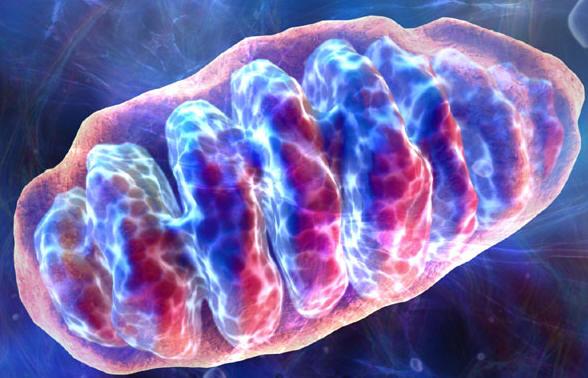 Power source: A handful of studies indicate a real association between mitochondria and autism.

In the past two weeks, autism researchers and advocacy groups have been agog with news that autism could be linked to an extremely rare group of metabolic diseases.

The controversy began when leaked court documents suggested that the U.S. Court of Federal Claims had ruled that when triggered by a vaccination, defects of the mitochondria ― the ‘power plants’ of every cell that turn food into energy ― could cause autism.

In November 2007, the court heard a case alleging that routine vaccinations caused severe neurological damage to a 9-year-old girl named Hannah Poling. Poling’s doctors testified that the five vaccinations she received at age 19 months aggravated a preexisting ‘mitochondrial respiratory chain disorder’ and led to degenerative brain disease with “features consistent with autistic spectrum disorder.” For these injuries, the court ruled that the Polings are entitled to government compensation.

For most autism researchers, the mention of a link to mitochondria came as a complete surprise. “We’re all wondering where the science is to back this up,” says pediatrician and vaccine expert Paul Offit.

Only a handful of case studies have been published addressing the link between autism and mitochondrial disease, but they all indicate that there is a real association. The debate is focused on just how large the association is, and whether vaccinations have any impact on the underlying biological mechanism.

“Autism is probably caused by many, many things, most of them genetic, and this is one of them,” says mitochondrial expert Salvatore DiMauro of Columbia University, who published one study1 of five autistic individuals with mitochondrial disease.

The only way to know for sure, DiMauro says, is to perform a thorough epidemiological study looking for mitochondrial defects in a few hundred autistic patients. “I don’t think we’ll find a lot of them. But that would be worthwhile,” he says.

Others insist the link is more common. A small group of scientists originally affiliated with the Poling case is drafting a report of about 30 children under age 5 with both mitochondrial disease and regressive autism. One of the authors, Richard Kelley, a biochemical geneticist at Johns Hopkins University who first diagnosed Poling with mitochondrial disorder, estimates that “at least ten percent” of children with autism have an underlying mitochondrial disorder.

“We’ve moved very slowly and carefully in gathering data because we knew it would be extremely difficult to convince people that this is a real phenomenon,” Kelley says. “It takes something big to wake everyone up to something that’s been staring them in the face for years.”

Genetic mitochondrial diseases are as varied as they are rare. Hundreds of types exist. Depending on the country, prevalence estimates range from 1 in 3,000 to 1 in 5,000 adults, according to molecular neurologist Anu Suomalainen-Wartiovaara, whose lab at the University of Helsinki specializes in mitochondrial dysfunction. “Maybe five or ten percent of all our genes are making mitochondrial proteins,” she says. “So it’s a huge group of diseases.”

Some people with the disease get sick just after birth, and may die after an especially violent epileptic attack. Others develop normally for several years before seeing any symptoms. In these cases, the disease is usually triggered by stresses to the immune system, such as a minor respiratory infection or, some claim, a vaccination.

Because mitochondria are vital to producing energy in most of the body’s cells, many organ systems can be affected by their dysfunction. The most common symptoms include muscle weakness, epilepsy, diabetes, liver failure and ― as in Poling’s case ― encephalopathy or regressive brain disease.

“Psychiatric symptoms are quite common in these patients,” says Suomalainen-Wartiovaara. With severe encephalopathy, she adds, “it’s hard to make the diagnosis of autism because so many different structural changes are happening and causing psychiatric symptoms.”

This means that autism could either be over- or under-diagnosed in these patients. Unlike certain types of diabetes, which have been definitively shown to be associated with specific point mutations in mitochondrial DNA, “there’s just no hard data on autism,” she says.

A handful of case studies and small population studies have explored how genetic mitochondrial disorders might be associated with autism. The largest2, published in 2005, was led by pediatrician Guiomar Oliveira of Portugal’s Centro de Desenvolvimento da Criança. Oliveira found that 5 out of 69 autistic children (or 7.2 percent) had an underlying mitochondrial respiratory chain disorder ― the same type as Poling.

Though this is a much higher prevalence than in the general population, “we don’t know if it is a primary cause of autism,” Oliveira wrote in an email. The autism could be caused by another metabolic or genetic defect that is also controlled by the mitochondria, she explained.

According to the leaked court documents, within hours of vaccination, 19-month-old Hannah Poling showed a host of physical and behavioral deficits, including loss of language skills, eye contact and the ability to relate to other people ― all of which are also common features of autism spectrum disorders.

In 2003, he presented an abstract at the Current Trends in Autism Conference in Boston, stating that for kids diagnosed at the Kennedy Krieger Institute with developmental disabilities, mitochondrial disease was the most common diagnosis, accounting for as many as 20 percent of autistic children.

“It’s a very distinctive biochemical fingerprint of abnormalities that we see, and it’s very consistent from patient to patient,” he says.

During brain development, timing is everything. Kelley theorizes that if children with specific types of mitochondrial disease are exposed to a “stressful event” ― which might include an immune reaction ― between the age of 1 and 2 years, “they’ll often develop the phenotype of autism.”

If that stress comes during a different period of brain development, the disease might manifest into other symptoms.

He bases this theory partly on work done in mice by his colleague Michael Johnston, who found that the density of a certain brain cell protein, called the NMDA receptor, peaks around 18 months of development.

NMDA receptors are important for chemical communication between brain synapses and require energy to function. A higher density of receptors, Kelley reasons, requires more energy ― which is difficult to produce without fully functional mitochondria. This could have a huge impact on brain maturation and the pruning of neurons, the developmental processes occurring at that time.

“Overstressing that system might create a massive pruning at a time when you’re only supposed to have a little bit of pruning,” Kelley says, possibly leading to regressive autism.

Bolstering this hypothesis, he says, is that many children with regressive autism also have an “inflammatory phenotype,” meaning they have ear infections or multiple allergies. “Their immune systems might be especially tuned up, causing them to overreact to stress,” he says.

A scientific study testing this theoretical mechanism in humans has not yet been published.

Kelley says his biochemical approach to studying the mitochondrial origins of autism has delivered insights missed by most autism experts. “Most people dealing with autism don’t understand metabolic [science], so I understand why they’re skeptical,” he says.