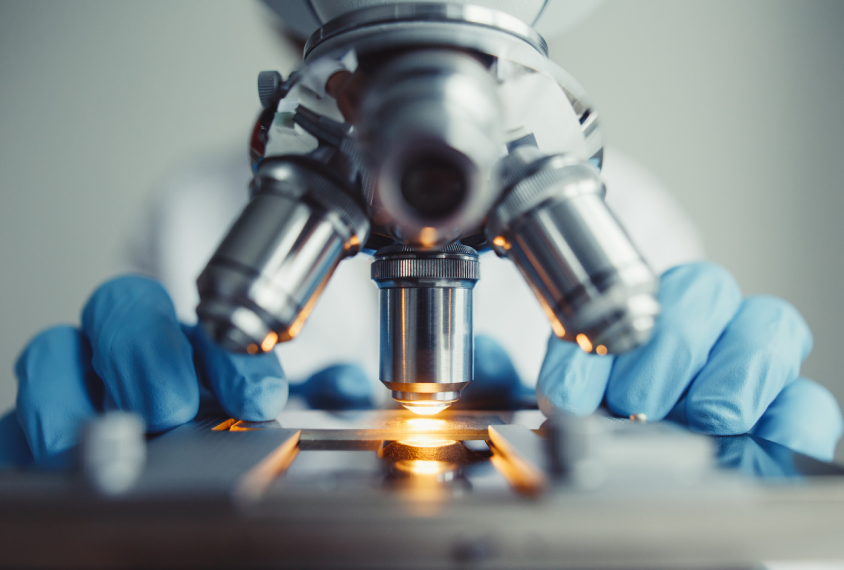 The announcement this week that the U.S. federal government is changing its policy on the use of human fetal tissue in medical research is designed to please anti-abortion groups that have strongly supported President Donald Trump.

But it could jeopardize promising medical research and set back attempts to make inroads in devastating diseases such as HIV, Parkinson’s disease and diabetes, U.S. scientists say.

Under the new policy, employees at the National Institutes of Health (NIH) will no longer conduct research with human fetal tissue obtained from elective abortions, after using up any material they have on hand. Officials also immediately stopped funding a multiyear contract at the University of California, San Francisco for a project that uses human fetal tissue in mice to research HIV therapies.

Federally funded projects at other research institutions using fetal tissue can continue until their grants expire. But renewal for these projects and future proposals will have to go through a newly established ethics review process to receive funding. It’s not clear yet what standards that process will entail or whether such experiments will be able to proceed under government sponsorship.

The change was enthusiastically welcomed by abortion opponents, who have long had fetal-tissue research in their sights. Many scientists have a different view.

Here are a few answers to questions about the issue.

Q: What exactly does fetal-tissue research refer to?

A: Fetal tissue is any tissue or organ obtained from a fetus that was fertilized at least eight weeks earlier. (Anything under eight weeks is called an embryo.)

The statement from the Department of Health and Human Services referred repeatedly to “human fetal tissue from elective abortions.”

Researchers generally use fetal tissue from elective abortions rather than miscarriages because miscarriages often result from chromosomal or other developmental abnormalities that could make the tissue unsuitable for research.

Q: What is fetal-tissue research used for?

A: Fetal-tissue cells are less specialized than adult-tissue cells and can be grown readily, making them valuable in research. Fetal tissue has been used in many types of medical research, including the development of vaccines for polio, measles and other diseases, and in therapies to treat Parkinson’s diseases, diabetes and rheumatoid arthritis, and to prevent the transmission of HIV.

Fetal tissue helps researchers learn about birth defects and human tissue development. In recent years, it has been instrumental in understanding how the Zika virus crosses the placenta and affects the development of the human brain, according to a letter to Health and Human Services Secretary Alex Azar signed by 70 organizations in December in support of continued fetal-tissue research.

Q: Are there rules about using fetal tissue?

A: Strict federal rules govern the collection and use of human fetal tissue. It’s against the law for anyone to accept payment for human fetal tissue, except for reasonable amounts associated with acquisition, storage or other costs. There are also provisions that require women who are donating fetal tissue for research to provide informed consent and that prohibit physicians from altering the timing or method of an abortion in order to obtain fetal tissue.

Q: Has it always been as controversial as it is today?

A: Not really. The level of controversy around fetal-tissue research waxes and wanes. Human fetal-tissue research has been done in the United States since the 1930s, and NIH has been funding this type of research since the 1950s. There was a ban on such funding, however, during part of the terms of Presidents Ronald Reagan and George H.W. Bush. Federal money was restored with bipartisan support in a 1993 bill for the NIH. Among the backers of that effort were some strong abortion opponents, such as Senator Strom Thurmond (Republican-South Carolina), who argued that the research could help people — like his daughter — with diabetes.

The NIH spent $115 million on human fetal-tissue research in 2018, a tiny fraction of the nearly $14 billion it spent on clinical research overall. The agency currently funds roughly 200 projects that use fetal tissue, according to the Department of Health and Human Services.

Fetal tissue once again became a hot-button issue in 2015 with the release of doctored videos, later discredited, purporting to show Planned Parenthood officials discussing tissue donation policies and reimbursement. Last fall, the Trump administration announced it was conducting a review of all research involving fetal tissue to ensure it was consistent with statutes and regulations governing it.

A: It depends on whom you ask. Opponents of fetal-tissue research point to a number of other possible options, including monkey or hamster cells for vaccines, as well as blood collected after birth from umbilical cords that are rich in blood-forming stem cells. They also suggest the use of adult stem cells and ‘organoids’ — artificially grown cells that somewhat mimic organs.

“Why do we keep focusing on these archaic models when newer, better alternatives are out there?” says Tara Sander Lee, senior fellow and director of life sciences at the Charlotte Lozier Institute, which opposes research using fetal tissue from elective abortion.

The letter from researchers to Azar in December called the idea that other cells could replace fetal tissue “patently incorrect.”

“The study of human fetal tissue provides researchers with incomparable insights into how birth defects arise and how they can be prevented as well as an unparalleled window into the complexity of human tissue development,” the letter said.

Sally Temple, scientific director of the Neural Stem Cell Institute and past president of the International Society for Stem Cell Research, says that although these other types of cells hold promise, they aren’t ready for prime time.

“There’s a lot of excitement about using stem cells and talk about how we can use three-dimensional organoids,” says Temple. But organoids don’t have the same cellular arrangement or blood vessel network. “Organoids can’t mimic real tissue,” she says.

“If we’re going to understand how tissues are made in humans, you really have to have access to human tissue,” she says. “It makes you so nervous that scientists aren’t being heard.”