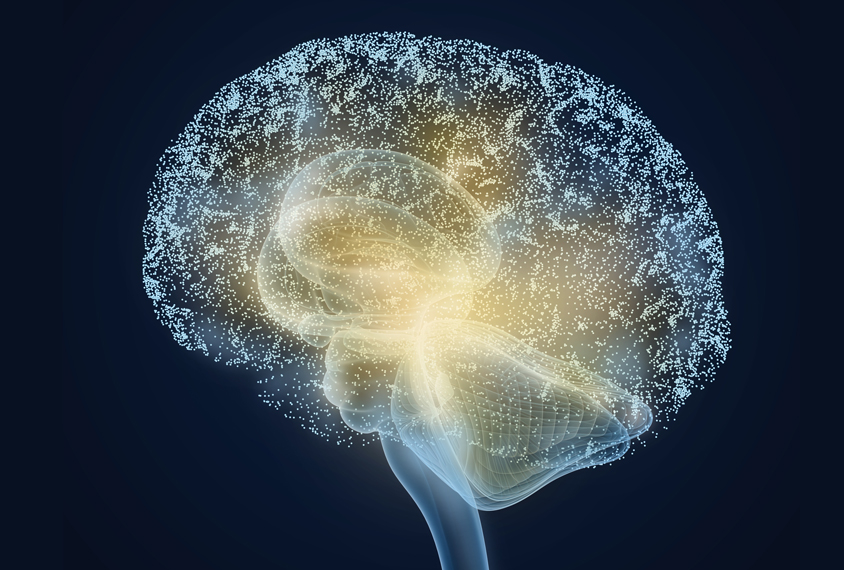 Key region: The brainstem may play an underappreciated role in autism.

The severity of autism tracks closely with that of attention deficit hyperactivity disorder (ADHD), and the brainstem may underlie this connection: Children with either condition who have a small brainstem tend to have severe traits.

The results point to the potential importance of the brainstem in both conditions, which often co-occur, researchers said today at the 2019 Society for Neuroscience annual meeting in Chicago, Illinois.

“We still don’t know much about the brainstem, and many studies have omitted it from their analyses,” says lead researcher Brittany Travers, assistant professor of kinesiology at the University of Wisconsin-Madison, who presented the unpublished findings. “Our results suggest that it may be helpful in understanding the neurobiological basis of individual differences in symptom severity, both in autism and ADHD.”

The brainstem forms early in development and controls a range of tasks, including sensory processing, attention, sleep and breathing. A few studies have identified brainstem abnormalities in autism and related conditions.

The researchers screened 105 children aged 6 to 10 years: 41 of the children have autism, and 25 of those also meet the criteria for ADHD. Another 34 are neurotypical controls, and 30 either have a condition that has some genetic overlap with autism, such as bipolar disorder, or have a close relative with autism or schizophrenia. The researchers gave all the children questionnaires to assess the severity of their autism and ADHD traits.

Children with the most severe autism traits tend to also have severe ADHD traits, the researchers found.

The researchers also calculated the volume of each child’s brainstem using magnetic resonance imaging. In general, children with smaller brainstems have more severe autism and ADHD traits, the researchers found after controlling for age, sex and intracranial volume — the space inside their skulls — than do those with larger brainstems.

The findings are just a first step, Travers says. She plans to investigate what underlies these size differences and their potential consequences for overall brain function.