Traits in mothers may signal gene variants for autism 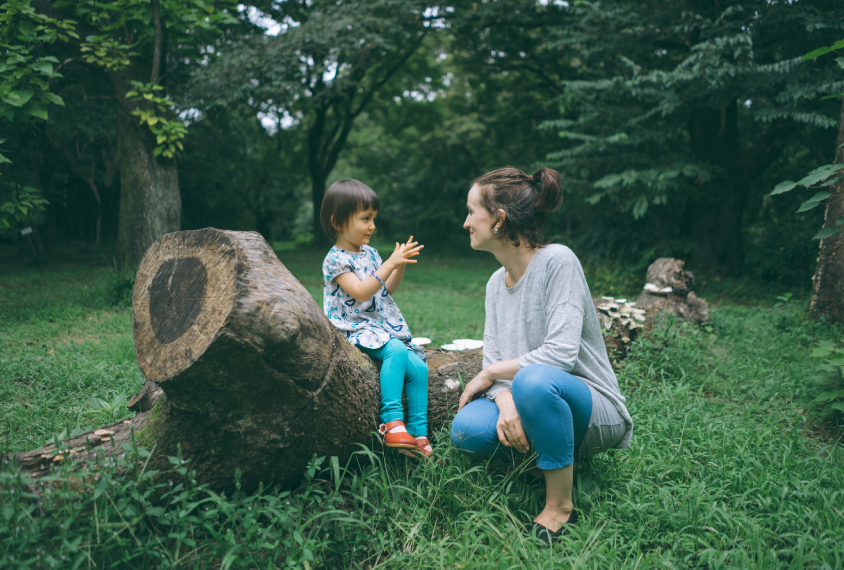 Talking traits: Women with slight social difficulties may have a genetic predisposition to autism.

Autistic children’s traits track more with subtle, autism-like behaviors in their mothers than with those in their fathers, according to a new study1.

In particular, autistic children whose mothers have problems with pragmatic language — communicating in social settings — tend to have especially prominent social-communication difficulties themselves, the study shows. What’s more, those mothers also have many common genetic variants linked to autism. These common variants are thought to account for as much as half of autism’s genetic basis.

The findings suggest that the same genetic factors that contribute to autism also underlie a collection of mild traits known as the ‘broad autism phenotype.’ The presence of these traits may be a sign that a woman carries a genetic predisposition to autism.

“I was really excited to see that features of broad autism phenotype, and especially language-related features, seem to be really important in understanding how genetic liability is expressed and really linked to molecular genetic variation,” says co-lead investigator Molly Losh, director of the Neurodevelopmental Disabilities Lab at Northwestern University in Evanston, Illinois.

Researchers have long noted that some parents show mild versions of the same traits seen in their autistic children. The new study investigated the relationship between the genetic propensity for autism and the expression of autism traits within families.

It shows that autism traits and expression of the condition’s genetics roots may differ for mothers and fathers, says co-lead investigator Lea Davis, assistant professor of genetic medicine at Vanderbilt University in Nashville, Tennessee.

The findings fit with a theory called the ‘female protective effect,’ which holds that it takes more genetic factors to lead to autism in women than it does in men. In this case, women who have mild traits of autism may pass down autism-related gene variants to their children, without having autism themselves.

Davis, Losh and their colleagues drew on data from the Simons Simplex Collection, a repository of genetic and trait information from 2,621 children with autism and their parents. The children come from ‘simplex’ families, meaning those that have non-autistic parents and only one child with autism. (The repository is funded by the Simons Foundation, Spectrum’s parent organization.)

The researchers looked at a variety of data on the children’s autism traits, as measured by the Autism Diagnostic Observation Schedule (ADOS) and three questionnaires that parents fill out: the Autism Diagnostic Interview-Revised, the Social Responsiveness Scale and the Repetitive Behavior Scale-Revised. They also examined parents’ responses on the Broad Autism Phenotype Questionnaire (BAPQ) — a 36-item survey that assesses three autism-related traits: a rigid personality, social aloofness and problems with language.

The researchers then used genetic data to calculate each family member’s ‘polygenic score’ — the sum total of all gene variants tied to autism that are present in their DNA.

Mothers with high polygenic scores tend to have autism-related traits, especially pragmatic-language difficulties, the researchers found. By contrast, the fathers’ polygenic scores do not relate to their BAPQ scores. The work was published in September in Biological Psychiatry.

The study is one of the first to demonstrate the role of maternal characteristics and how a woman’s traits correlate with her child’s autism, says David Evans, professor of psychology and neuroscience at Bucknell University in Lewisburg, Pennsylvania, who was not involved in the study. Previous studies have been focused more on the link between a father’s broad autism phenotype and his child, he says.

The children’s ADOS scores do not correlate with their parents’ BAPQ scores, which was “surprising,” says Meghan Swanson, assistant professor of psychology at the University Texas at Dallas. “It will be difficult to determine if the investigators found this pattern of results because the ADOS is lacking in dimensionality or if the results are biased due to mothers’ being the primary informant for parent-report measures.”

Future studies should investigate whether the mothers’ and fathers’ behaviors correlate more closely with those of their autistic daughters or sons, Evans says.

Understanding the parents better might teach researchers something about potential outcomes in their children, Swanson says.

Davis and Losh plan to carry out more studies of the broad autism phenotype, especially in women. This information might help researchers better identify what autism looks like in girls and women, Davis says.

“The field is really good at identifying these features at a granular level for young boys, really not nearly as good at doing that for, let’s say, adult women,” Davis says. “That’s another area that we’re just starting to scratch the surface on, and this was an interesting way of kind of looking at some of those questions.”

They also plan to study families that have more than one child with autism, because the findings from the simplex families may not apply to these multiplex families.

“Extending these sorts of analyses to the broader population of families, where genetic etiology is going to be much more heterogeneous, is an important next step,” Losh says.