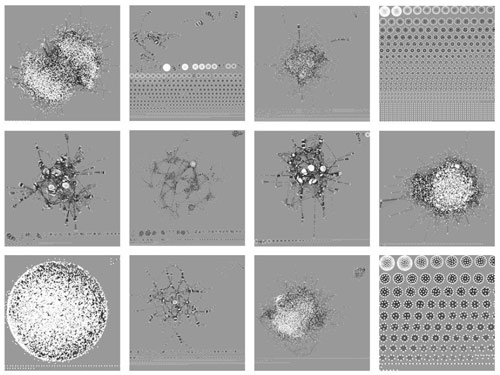 Click to enlarge image Analyze this: Gene networks created using a new tool rely on functional data for human and mouse genes, as well as on patterns of gene expression.

A new tool called Genes2FANs creates gene-association networks based on 14 databases that list gene function as well as protein-protein interactions, according to a study published 2 July in BMC Informatics1.

Using the new tool, researchers show that known autism gene candidates are more likely to be connected as a result of shared function than because of protein-protein interactions. The reverse is true of known cancer-risk genes.

Studies aiming to identify new autism candidates, or to prioritize existing ones, should give more weight to functional associations than to direct ones, the researchers say.

The 14 sources that feed the new tool, which is available online, provide functional data for both human and mouse genes. They also use regulatory data, which take into account when and under what conditions genes are expressed.

For example, two of the gene-association networks, or FANS, use data from the Online Mendelian Inheritance in Man database, which lists the function of human genes and their connections to various disorders.

Using Genes2FANs, researchers can choose which databases to query and whether to include protein-protein interaction data. The resource can also automatically compile up to 100 genes associated with a search term, which the researchers can use to query the PubMed database of published journal articles for relevant genes.