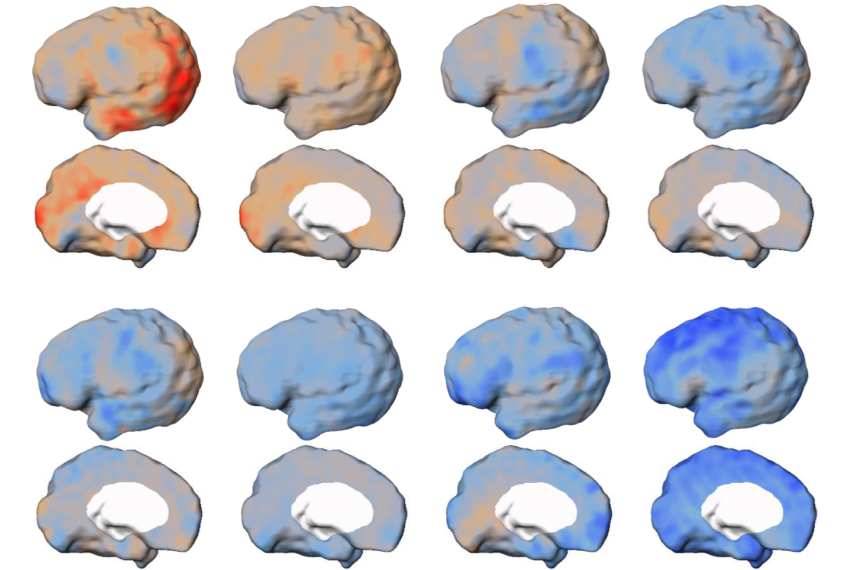 Two imaging techniques together reveal architectural features of the brains of preterm infants of various ages1. The results hint at a pattern that could serve as a benchmark for typical brain development; deviations could raise a red flag for conditions such as autism.

The fetal brain undergoes rapid changes during the third trimester of pregnancy. Neurons grow branching ends, called dendrites; extend connecting filaments, called axons; and connect to other neurons at synapses. Much of scientists’ understanding of these processes has come from examining slices of fetal brain tissue.

In some brain areas, the researchers used DTI to measure fractional anisotropy, which indicates the direction of water flow. This measure reveals the location and orientation of bundles of neuronal fibers that connect brain areas, and its values drop as neurons form more connections.

In ‘complex’ brain areas — those with more cell bodies — the researchers used DKI. The measure of this technique is mean kurtosis, which quantifies the barriers to water movement. These barriers include the fatty sheaths that protect axons, as well as cell membranes and structures within cells. Water molecules encounter more barriers in complex regions such as the cerebral cortex, so higher mean kurtosis values correspond to greater complexity.

The preterm babies in the new study were scanned once between 31 and 42 weeks old — counting the time spent in the womb plus the time since birth. The researchers looked at a cross section of scans from different babies at different times.

Fractional anisotropy decreases initially and then plateaus at about 37 weeks, hinting at a growth spurt of neuronal connections up until 37 weeks. Meanwhile, mean kurtosis decreases consistently between 33 and 40 weeks, suggesting that the brain’s complexity decreases as it matures.

Both measures jibe with studies showing that during fetal development, the brain produces an excess of neurons, some of which die after birth.

The results show rates of change that vary by brain region. For example, complexity declines most rapidly in the visual cortex. And neuronal connections proliferate most rapidly in the prefrontal cortex, which governs decision-making and emotional control.

The results could eventually lead to a better understanding of how connectivity is altered in autism and other conditions. They appeared in March in the Proceedings of the National Academies of Sciences.