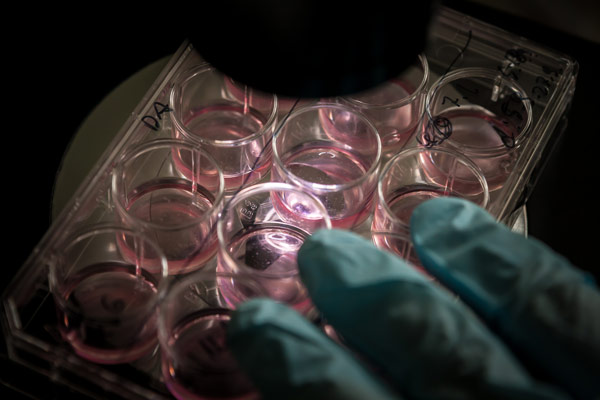 A new method for labeling cell lines and checking their quality over time can improve the validity of study results, researchers reported last week in Nature1. The method could help autism researchers ensure that the cells they use for studies are what researchers think they are.

Cell lines are derived from a single animal or human cell, which means every cell in the line should have the same genetic makeup. But sloppy labeling and poor cell culture technique can cause confusion and introduce contamination, compromising study results.

To understand the scope of this problem, researchers looked at 6,857 cancer cell lines across four repositories. Several cell lines have the same names, and some versions of the same cell line are tagged with different names, the researchers found. For example, a comparison between the COSMIC Cell Lines Project and Cancer Cell Line Encyclopedia revealed more than 50 divergent names among 454 commonly used cell lines.

The researchers created their own database of 3,587 cell lines and gave each line a distinct name. They added information about the type of tissue from which each cell line originated and the diagnosis of the individual from whom it was derived. This information may help scientists find the cell lines best suited for their studies.

The researchers also outlined steps to guard against contamination and genetic drift. They recommend carefully preserving cell line stocks, preferably in a quarantined facility. They also suggest that scientists screen the stocks for mycoplasma — a common contaminant — and other bacteria before using them and test to ensure that they remain genetically identical to the source.

To test a cell’s genetic fingerprint, some researchers screen for short tandem repeats — DNA sequences often used as forensic evidence — but this method can miss certain genetic anomalies. In the new study, researchers also looked for variations in single base pairs, which may work better in cell lines susceptible to genetic change. The researchers suggest using both methods to validate cell lines, such as those from tumors, that are vulnerable to change.

In an accompanying editorial2, Nature announced that in order to minimize errors, it plans to ask authors to check their cell lines against public lists of problematic cells.