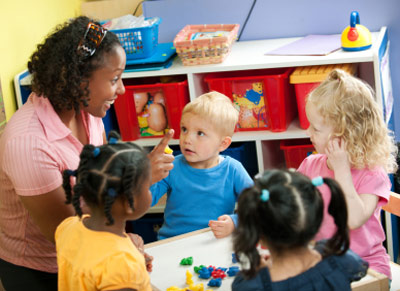 Social skills: How children with autism interact with their caregivers and peers can distinguish them from children with other developmental delays.

Social skills: How children with autism interact with their caregivers and peers can distinguish them from children with other developmental delays.

Researchers have optimized a social screening questionnaire to distinguish autism from other developmental delays in preschool-aged children, according to a report published 6 August in Research in Developmental Disabilities1.

Because early intervention is believed to be the best treatment for autism, the American Academy of Pediatrics recommends that children  be routinely screened for autism by 2 years of age.

Although these screens are usually followed up by an expert clinical diagnosis, there is some concern that rapid tests could lead to too many false positives and cannot properly distinguish autism from other developmental disorders, such as intellectual disability or language delay.

In the new study, caregivers of 350 preschool-aged children filled out the Ghuman-Folstein Screen for Social Interaction (SSI), which has 54 questions, takes 10 to 15 minutes to complete and focuses on items relevant to social interaction. Each question, such as ‘Smiles at you when you talk to him/her,’ is rated on a scale from 0 for ‘almost never,’ to 3 for ‘almost all the time.’ Lower scores indicate more severe social deficits.

The 66 children with autism have, on average, the lowest scores (70 points) compared with 40 children diagnosed with pervasive developmental disorder-not other specified (PDD-NOS) (85 points), 68 children with other forms of developmental delay (105 points) and 168 typically developing children (125 points).

The researchers narrowed down the screen to questions that best distinguish the children with autism or PDD-NOS from those with other developmental delays.

From these, they found eight ‘critical’ questions that best distinguish among the different disorders for each age group: for example, ‘Laughs when you make silly sounds,’ for the younger group and ‘Joins games when invited by other children,’ for the older group.