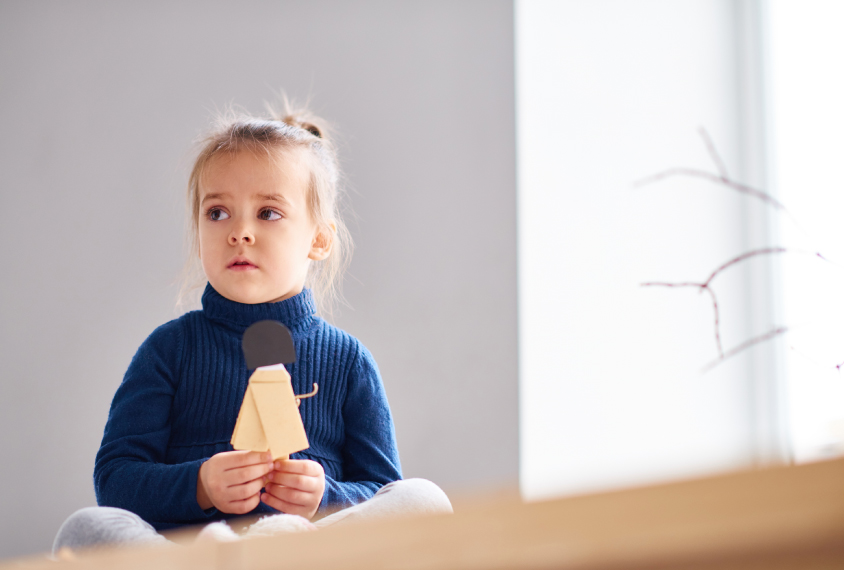 Clear concerns: In autistic children, anxiety may manifest as difficulty sleeping or distress in new situations.

A new parent questionnaire is the first test designed to gauge anxiety in children with autism1.

About 40 percent of autistic children have anxiety, compared with roughly 25 percent of typical children2. But anxiety may manifest in unusual ways in autistic children, such as a fear of flushing toilets or of exposed pipes, making it difficult to spot. Some autism traits, such as social problems and repetitive behaviors, can also mask anxiety.

Researchers generally measure anxiety using tests such as the Spence Children’s Anxiety Scale. But these tools rely heavily on a child’s ability to verbally express worries, and they rarely work as well in autistic children as they do in typical children3.

The new test, called the Parent-rated Anxiety Scale for ASD, focuses on behaviors that can signal anxiety in children with autism, including difficulty sleeping, uneasiness in new circumstances and discomfort in social situations. Only seven items require the child to talk about worries or fears.

The first iteration of the test, which included 72 items, was based on input from 48 parents of autistic children. The team whittled this list down to 25 items by using data from 990 autistic children whose parents completed the test online.

The researchers used this shortened scale to conduct in-person assessments of 116 autistic children with a history of anxiety. They also had the parents fill out a standard anxiety scale and questionnaires that measure disruptive and repetitive behaviors. They reassessed 40 of the children about two and four weeks later.

The new scale scores a child’s anxiety from 0 (none) to 75 (severe). The scores for the 116 children track more closely with scores from the standard anxiety test than with those from autism tests, indicating that the test is specific for anxiety. The scores do not vary by sex or intelligence quotient, and the results are consistent even two and four weeks later.

The scores of the 990 autistic children follow a normal distribution — with the bulk of the scores between 14 and 44. A score beyond 52 signals the possibility of anxiety, the researchers say. The work appeared in February in the Journal of the American Academy of Child and Adolescent Psychiatry.