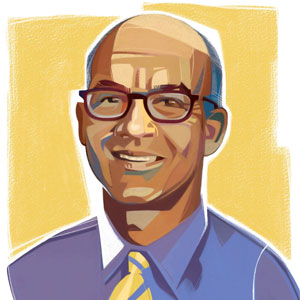 I first met Greg, an 18-year-old with autism, when he was admitted to our developmental disorders unit after hitting staff members at his school. Over the past year Greg had become increasingly agitated much of the time: pacing, resisting going into the community and becoming aggressive when asked to vary his routine.

After taking a detailed history and observing him for a number of days, it was clear to us that Greg was highly anxious. He resisted entering new settings, was hyper-alert and appeared distressed during transitions throughout the day. Although some of these behaviors are associated with autism, Greg’s degree of distress far exceeded the norm.

Anxiety appears to be common in individuals with autism. In fact, a study of our inpatient unit published in December found that 63 percent met criteria for an anxiety disorder, such as social phobia or obsessive compulsive disorder. This is in line with results from previous studies.

Despite this notable prevalence, however, we lack standardized tests for anxiety that are suitable for people with autism, brief enough for clinical practice and sensitive to the full spectrum of communication skills and cognitive abilities. We are still unclear whether what we call anxiety is simply a feature of autism that is more pronounced in some individuals or a separate disorder, and how this might vary based on an individual’s specific subtype of autism.

For this reason, the National Institute of Mental Health (NIMH) has challenged the field to look beyond diagnostic categories to underlying mechanisms, such as physiologic arousal level, ability to inhibit impulses and emotion regulation. Not only will this help to identify more objective measures of anxiety, it may also yield treatment targets.

For now, we have tried to help Greg by adapting treatments designed for neurotypical people. We slowly exposed him to new environments and used medication to temper his arousal and reactivity. We also gave him tools to better communicate his needs, including a visual schedule and ‘break’ cards, providing him with a safe way to manage his distress.

These interventions have been largely unstudied in people with autism, but we were fortunate. Greg became calmer and more comfortable. He was also more willing to resume his favorite activities and, not surprisingly, less likely to hit people. But Greg’s case highlights the dire need for diagnostic tools and treatments for, as well as a deeper understanding of, anxiety in people with autism.

Matthew Siegel is director of the Developmental Disorders Program of Spring Harbor Hospital in Portland, Maine, clinical investigator at the Maine Medical Center Research Institute and assistant professor of psychiatry and pediatrics at Tufts University in Massachusetts.