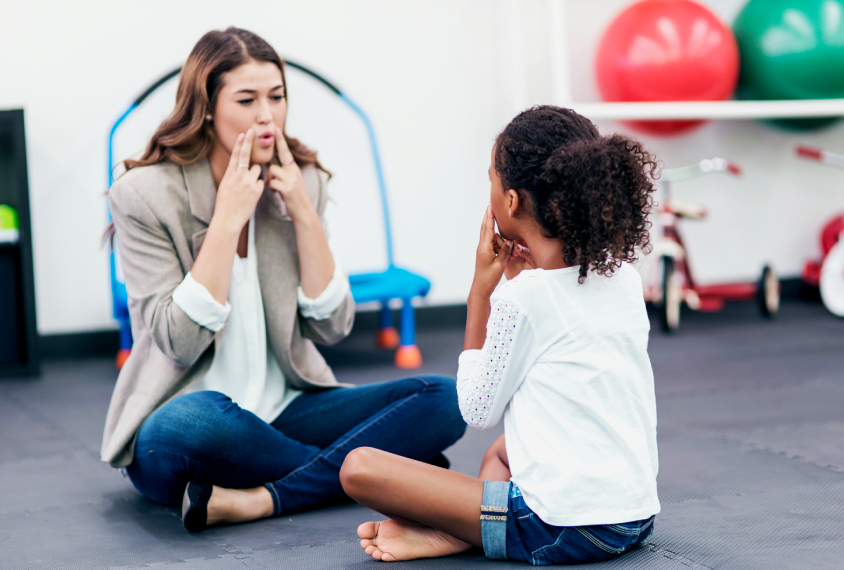 Few words: Standard speech therapy may not be optimal for children with autism who speak little or not at all.

A novel type of speech therapy may improve the verbal abilities of children with autism who speak few or no words, according to a new study1. Children with the mildest autism traits and those who speak the most consonant and vowel sounds would benefit most.

The therapy, called auditory-motor mapping training (AMMT), involves the children reciting words in a singsong voice while tapping the syllables on drums tuned to produce high or low tones. After five weeks, the therapy increases the number of syllables spoken by minimally verbal autistic children — those who speak few or no words by age 5 — more than standard speech therapy does.

“That by itself is something that is surprising and in some ways quite remarkable, because there are hardly any interventions for this particular subgroup of children with autism,” says lead researcher Gottfried Schlaug, associate professor of neurology at Harvard University.

About 30 percent of children on the spectrum are minimally verbal2. Some therapies target possible contributors to language difficulties, such as poor joint attention or lack of social motivation; few have explored movement or motor control.

“I think it’s a really interesting approach,” says Connie Kasari, professor of human development and psychology at the University of California, Los Angeles, who was not involved in the research. “We haven’t really tapped into the motor system as much as we probably should.”

The researchers assigned therapists to deliver AMMT to 27 minimally verbal children, aged 3 to 10 years, five days a week for five weeks. At the start of the study, each of the children spoke fewer than 20 intelligible words and did not speak in sentences but were able to make at least two speech sounds.

The therapist sang simple, two-syllable words, such as ‘mommy,’ ‘cookie’ or ‘bye-bye’ to each child. She gave each syllable either a high or low tone and simultaneously tapped an electronic drum pad with a matching tone, encouraging the child to do the same. She also showed the child a picture of an object representing the target word and asked the child to say the word.

Another 11 children received therapy sessions in which the therapist simply said the words without singing or drumming.

After five weeks, the researchers asked the children to speak 30 words, half of which they had practiced during therapy and half of which were new. The child tried to repeat the word and later tried to produce it when prompted by a picture.

An independent group of researchers also listened to the sounds the children made. They gauged the accuracy of each syllable, rating its recognizability and similarity to the sounds a typical adult would make.

Success of either therapy did not depend on the child’s age, sex or nonverbal intelligence quotient. Regardless of the therapy they received, children with the least severe autism traits and the greatest ability to mimic speech sounds improved the most. Researchers reported the results in September in Autism Research.

These predictors of success are not surprising, says Joseph McCleery, academic director of the Kinney Center for Autism Education and Support in Philadelphia, who was not involved with the research. “The most meaningful one was this speech-sound imitation ability, which makes a lot of sense because both interventions were speech-sound interventions,” he says.

Producing syllables falls short of producing meaningful speech, McCleery notes. Still, AMMT may help children expand their repertoire of speech sounds and — along with other therapies — words, phrases and even sentences. The researchers plan to test the therapy in a randomized clinical trial with 40 minimally verbal children.